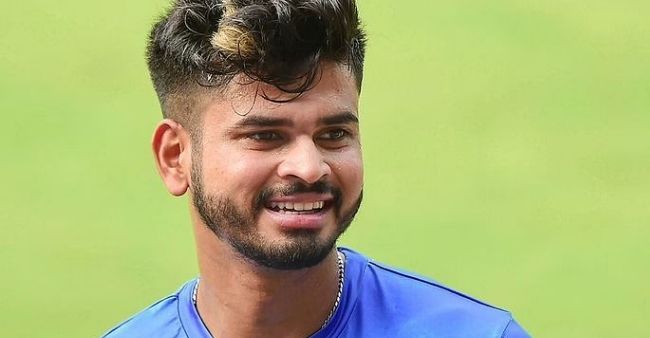 Former captain of Delhi Capitals and India’s one of the most favorite youth cricketer, Shreyas Iyer has been away from the field since some time now. Pertaining to the shoulder injury faced by the cricketer in the field of first One day International of the three match series against England in March 2021, the 26-year old batsman has been given a resting period for some months.

Considering the severe injury, Shreyas couldn’t be a part of the Indian Premier League which later got suspended  due to the rising coronavirus cases among the staff. He was supposed to be the captain of Delhi Capitals.

The young cricketer is a fan of social media like many other youths in India. His reels, tweets and posts on Twitter and Instagram are quite entertaining for his fans. He even shares many short ‘Behind the scene’ clips of the match practices and series. On Tuesday, he took too Instagram to share an hilarious clip of his fans chanting a melody made especially for him. This chant “1 rupaiye ki pepsi, Iyer bhai sexy” gives a belly laugh to the viewer, was shot in one of the Indian matches where Shreyas is seen fielding near the boundary line. Shreyas captioned it saying it is his new favorite chant.

Take a look at the clip:

Meanwhile, there are reports that if Shreyas Iyer makes it to the Sri Lanka tour in July he will be considered for the position of Indian captain in the absence of Virat Kohli, Rohit Sharma, Jasprit Bumrah, K L Rahul and Mohammad Shami. It will be India’s B team that will play against the Sri Lankan team in July , according to BCCI source.

Richa Chadha gets a new cast iron pan, burns her first roti and shares a video...

Rakul Preet Singh’s brother shares a funny video of her where she burns a pancake...