Parenting is an art which the guardians should know. These days the cases of child and parents fight is pretty common. Such fights can grow from a small incident to a big cause. One such incident that is in the headlines these days is about a 14 year old boy who flew to Goa from Vadodara after being scolded from parents.

According to the report, the parents scolded the boy for not studying and wasting time. The boy, upset from his parents, went to Amit Nagar circle from Vadodara and boarded a bus for Pune. Then he boarded another bus to reach Goa. 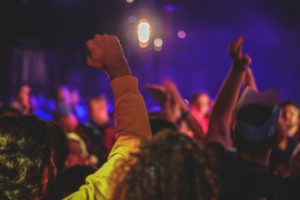 The question that strikes our mind is how a 14-year-old boy travelled to Goa from Vadodara on his own? After the investigation by Police, it is estimated that the Class 10 student first tried to board a train from Vadodara to get to Goa. But he was not having an Aadhar Card, so he could not buy a ticket. After that, the boy decided to go to the bus station from where he caught a bus to Pune.

From Pune, the boy boarded another bus to Goa. And after reaching Goa, he enjoyed in clubs and restaurants. After the money was about to get over, he decided to take a bus back to Pune. In Pune, he bought himself a new sim card for his cellphone.

Moreover, he then used his phone to contact a travel agent’s office to book a passage to Gujarat. It was then only that the Vadodara cops were finally able to trace the boy. Actually the cops had been tracking his cell phone. The moment he switched it on, despite having a new sim card, the cops were able to trace his location once he used it.

The boy was sent back to his parents after police found him. He was found on December 26 in Pune.

Shahid Kapoor doesn’t shy away from PDA on wife’s picture on his birthday...

Kalki Koechlin posts a picture with her baby, captioning it as “Sleep deprived bliss”...