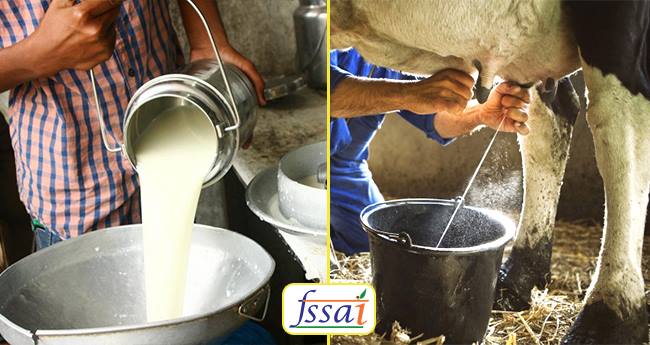 Milk and Milk products are a basic necessity items that is used in every household on daily basis. However, the recent findings suggest that 68% of milk and milk products sold in India does not qualify the standards laid by Food Safety and Standards Authority of India (FSSAI).

Mohan Singh Ahluwalia, member, Animal Welfare Board of India told that it is mostly adulterated with detergant, caustic soda, glucose, white paint, and refined oil. He said, “The state of adulteration in milk and milk products in the country is such that 68.7 percent of milk and milk products sold is not as per the standards laid down by the FSSAI.” He said that the production of milk in our country up to 31 March 2018 was recorded at 14.68 crore litres per day against the consumption of 480 grams per capita per day. He quoted a report by the Ministry of Science and Technology and said, “89.2 percent of such products are adulterated in one form or the other.”

He added that adulteration takes place more in northern states as compared to the southern states.

He also mentioned that the National Survey on Milk Adulteration had conducted a survey few years back and found that due to lack of hygiene and sanitation in handling and packaging, detergents used in washing containers and other surfaces find their way into milk and milk products.

He said,”However, detergent and other contaminants like urea, starch, glucose and formalin are also used to deliberately adulterate milk as they provide thickness and preserve the milk for longer periods.” He also laid the point that adulteration in milk is harmful and can cause irreversible damage to human organs. He urged the heads of all agencies that are involved in checking adulteration of food items to intensify the sampling process.

Another member at the meeting said, “With a view to equipping the Food Safety and Standards Act with more teeth, a committee has been formed under the chairmanship of Union Finance Minister Arun Jaitely. The committee will investigate the ground realities of the issue and submit feedback.”