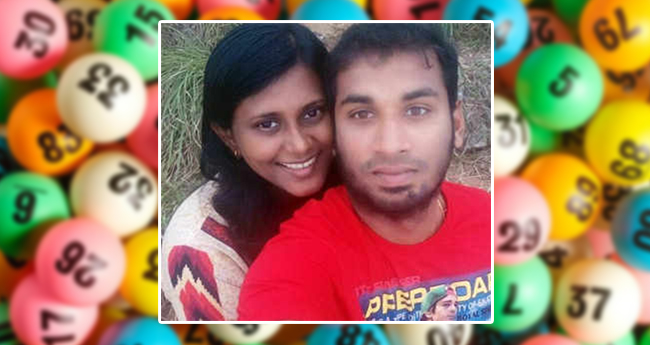 Luck is something which is not always in our favor. Well, it changes with time and we need to be really patient even if it doesn’t. Some people often get depressed when things don’t work out in their favor and they blame their luck, while some have full confidence on their luck and they know it’s going to change one fine day.

But there’s one thing for sure, God has in store  something for all of us, all we got to do is just keep doing good deeds, be a good human and you will get everything you want. However, some people are wise enough before their lives change forever on a good note but they tend to change completely owing to all the success they get which again lands them back where they came from.

So no matter whatever happens, never change yourself and be grounded.

Here’s an interesting story of a Kerala-based man name Tojo Matthew whose life changed forever and how. Tojo Mathew was living a good life with a decent job in UAE. Tojo worked as a Civil Engineer there. But soon he left the country and the job to be with her loving wife. However, Tojo never knew his life was going to change forever. Before flying back to India, Tojo bought a lottery ticket from the airport to try his luck. He never knew that God will be so grateful to him and shower him with his blessings. Tojo won a lottery he bought which made him a winner of 19 million USD which comes to a whopping Rs 13 crores rupees. Tojo further revealed his further plans he said that he will be buying his dream house with the money he won. He said, “That has been my long pending dream. Now it can be a reality with the raffle money.”

Well, as I told you luck can change at any time; all you got to do is just wait for the right time!