Actress Sanya Malhotra, who joined the industry from Bollywood blockbuster film Dangal, is in huge discussions at this period. Her film ‘Pagglait’ has recently been released on Netflix. This film is furthermore obtaining a tremendous reaction from the audience with the critique. She has now given rise to a big exposure about Aamir Khan, after which his fans are amazed. Sanya has said that Aamir Khan is not a perfectionist. 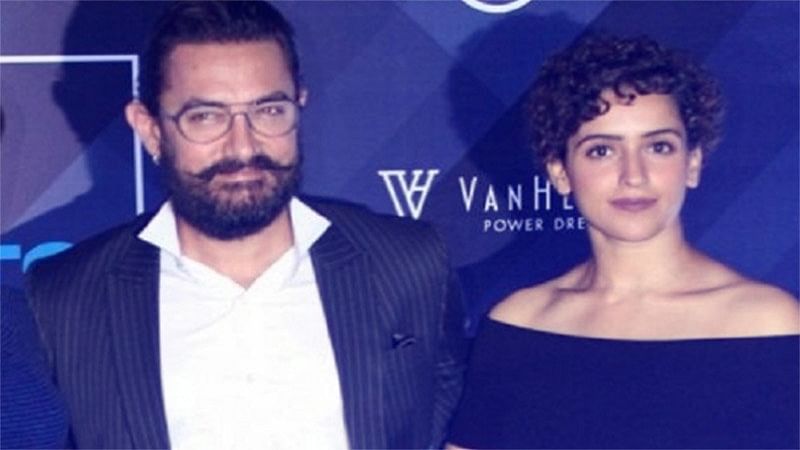 Sanya Malhotra said, “Aamir Khan is not a perfectionist, he is very passionate. I think perfectionist has a very negative connotation, the word itself. I think dictionary main bhi yahi hai ki it’s not a good word.”

While appreciating Aamir Khan Sanya Malhotra reveals that she is extremely harsh on herself and may have had the impostor syndrome in the past. She added that Aamir Khan is very passionate about his work but she’s very critical about my work.

She said “Aise koi release nahi hua hai jiske baad main apne aap ko ye nahi bolti thi ki you shouldn’t have done this, you shouldn’t have done that. How do I explain this – impostor syndrome kehh lo! Matlab, kaafi logo ko hota hai, woh aware nahi hote hai ki this is called impostor syndrome, maybe I had that. But now I don’t have any! Now I am being nice to myself and not being too harsh on myself.”

It was intriguing to know what Sanya Malhotra believes about her ‘Dangal’ actor Aamir Khan. While she also disclosed her own personality in an exclusive chat.

She recently went on the set of Dance Deewane 3 to promote her film Pagglait. Where she declared openly that Dharmesh had rejected her in a dance show audition, many years ago. On the work front, Sanya has Meenakshi Sundereshwar and Love Hostel to her credit. Both the movies will stream on Netflix.