A few days back, a beautiful picture of Katrina Kaif hugging Salman Khan’s mother Salma Khan went viral on the social media. The picture was taken on the sets of Bharat and everyone was left awestruck. One is because Katrina was looking stunning in the bridal avatar and second thing, the picture was a delight to see how beautifully she was seen bonding with Salma Ji.

The snap was shared by none other than Arpita Khan Sharma on her Instagram account. However, the lady had deleted it after a while but it was too late as the picture had already gone viral. One of the fans shared the picture and wrote ‘Saas-Bahu Goals’. Commenting on it, Arpita posted a facepalm emoji as she couldn’t stop blushing with the comment.

Well, everyone wondered why did Arpita delete the picture. We will tell you. Actually, Arpita being unaware shared the picture which revealed Katrina’s bridal look from the film, hence the makers told her to take it down. 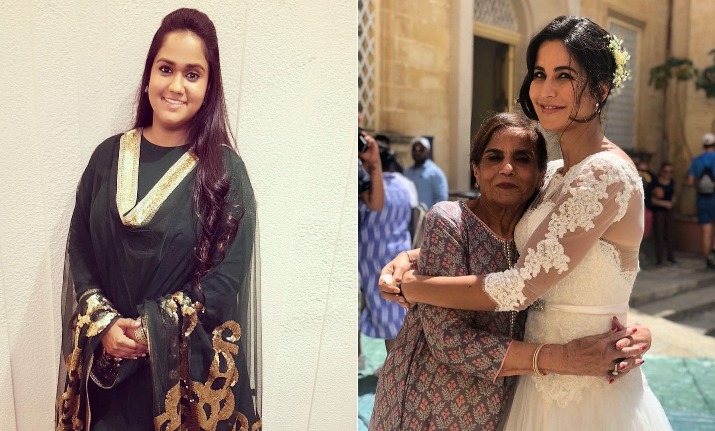 And now, clearing all the confusion, Arpita’s husband Aayush Sharma explains why his wife did so.

Aayush said, “Pata nahi, kyun delete ki. Achhi photo thi, maine bhi dekhi. (I don’t know why she deleted the photo, I’d seen it too.) Woh on-set photos honge ya koi galat connotation na chala jaye iss liye delete ki hongi. (Maybe she did it to avoid any wrong connotations since it was an on-set photo). But, it was a sweet photo.”

Well, we would love to see more such pictures from the sets of Bharat!

Katrina and Salman are back with Bharat after delivering some blockbuster hits like Ek Tha Tiger, Tiger Zinda Hai. The film is set to release on EID 2019 and also co-stars Disha Patani, Nora Fatehi, Sunil Grover in pivotal roles. Bharat is helmed by Ali Abbas Zafar.