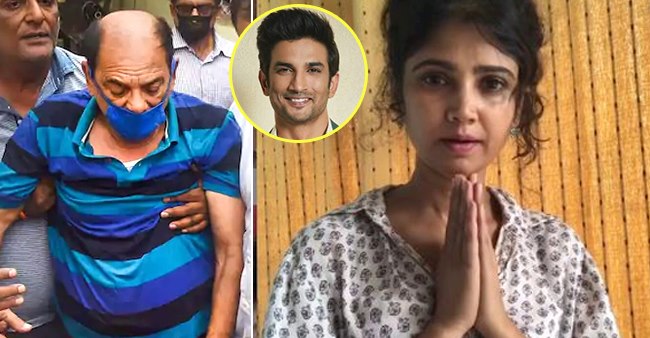 Sushant Singh Rajput passed away on June 14, 2020. Due to lockdown, not many stars were able to be part of his last rites. Recently, ace Bollywood star Nana Patekar paid a visit to the late actor’s Patna house to meet his saddened family on Sunday. The family of Kai Po Che star also held the 13th-day ritual in the memory of the super star. Sushant’s family welcomed Patekar at their house. The actor folded his hands to greet the actor’s family members while entering the house.

As he made an entry in the actor’s house, the veteran star offered flowers in front of Sushant’s picture and prayed for him. In the video recording, we can see Nana folding his hands and then he met Sushant’s father, KK Singh.

As per reports, Nana talked about Sushant’s hard work with the family members and stated that the actor had huge potential. Patekar went to the state of Bihar on Saturday and paid a visit to CRPF centre in Mokama before visiting Sushant’s family in Patna on Sunday.

In a video, Ratan revealed that at first, she did not have any clue about what she would speak when she meets Sushant’s family. She was in tension ever since the news of his passing away hit the web, but when she met his family, Ratan shared that she became much stronger.

Back to my normal life…because it’s life. Thank you Uncle (Sushant’s father) 🙏 I am praying and leaving justice in God’s hands, because he is always watching. #ultimatejusticeisingodshands #ripsushant

She shared, “I was disturbed with Sushant’s news and was not willing to talk, but now I am fine so I decided to share a small video with everyone. When I recently went to meet Sushant’s father at their home, I was afraid what will I talk to them about, how will I support them, but when I went to his house the day before yesterday to meet his family, things turned out to be totally different. My nervousness went away and in fact after talking to uncle (Sushant’s dad) I gained strength. In a situation like this, what can you talk. But Sushant’s father is a different soul. He was very stable and quiet. He didn’t speak much, but yet said a lot of things. His energy is totally different. I met his elder sister also. I feel I have got strength after meeting them.”

Kangana Ranaut shared a poster of her wild look for the upcoming movie...