‘Main Mask Nahin Utaarugi,’ Says Bebo While Posing For Media, But Eventually Takes It Off; Video 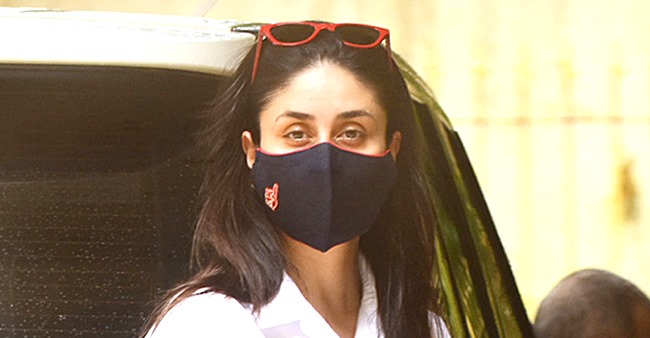 We have good news for Kareena Kapoor Khan’s fans. Yes, Bollywood beauty has made a comeback to film the novel term of her most loving as well as popular radio show. Mrs. Khan, who is all set to embrace motherhood for the second time shortly with the love of her life Saif Ali Khan, got clicked by the papz on the sets at Mehboob Studio that is situated in the city of Mumbai.

While clicking the diva, the media people also made a special request in from of her. The paparazzi asked her to take away her face mask for the photo session, but the mom-to-be said ‘no’ as a few of the media people near her were without their face masks.

She responded, “Main mask nahi utaarugi (I will not take off the mask).” But, when Bebo’s assistants asked the papz to put on their face masks, the ‘Jab We Met’ star took her mask away for a few seconds for nice clicks.

Some months ago, when Beo and Saif too their baby boy Taimur for a walk at the Marine Drive and they were without face masks, the net users criticized them for not putting on the face masks amid the pandemic. Netizens had condemned the celebrity pair for taking the little boy out at the time when the administration ordered to keep kids below the 10 indoors.

In a few pics on social media, Beo and her sunny boy were witnessed putting on their face masks whereas Saif was without the mask, whilst in a few pics, daddy Saif was with a mask and Taimur was without it. Saif was criticized for traveling without a face mask and paying no attention to the safety measures during the pandemic.

On the professional front, Kareena has finished all her portions for Laal Singh Chaddha. She flew off to Delhi along with Aamir Khan for the filming of the project. The release of the film has been pushed to 2021.

Catch A Glimpse Inside The Comfy Homes Of Neelam Kothari, Seema Khan & Others From The Fabulous Lives Of Bollywood Wives...

Tara Sutaria Still Pretty High On Maldives As She Once Again Posts A Cute Pic From The Place & It’s Blissful...