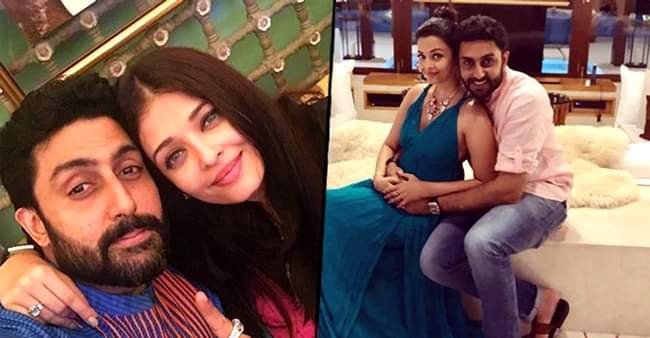 Published by Nilesh Bhattacharya on 17 Mar 2020

Aishwarya Rai Bachchan and Abhishek Bachchan make a great couple and the entire world knows it. Aishwarya had a bad experience while dating Salman Khan and after the break up, Salman Khan went all mad. That’s a whole story altogether, but after that Aishwarya found her love of life in Abhishek Bachchan and soon they got married in 2007. There were many difficulties in the marriage and Amitabh Bachchan and Jaya Ji didn’t take any risk. They went to Kashi Vishwanath temple and performed a massive ‘Yagya’ to get rid of every ‘dasha’ which was creating any problem in the wedding.

The wedding was live telecasted on the national television and the entire nation became the ‘Barati’.

#FlashbackFriday During a press conference while we were on the "Unforgettable Tour" back in 2008. Think this was in Atlantic City. #TheMrs.

Ever since then, Aishwarya Rai Bachchan became a little isolated from the movie industry and focused on the family more. Aish and Abhi are the couple goals for many. Their daughter Aaradhya is also known for being the exact look alike of mom Aishwarya.

Abhishek Bachchan had also said that they were friends for a long time, then they fell in love with each other. The couple had done movies like Umrao Jaan, Bunty aur Babli, Dhoom, Guru and many more. The iconic Kajra Re song had the trio Amitabh Bachchan, Abhishek Bachchan and Aishwarya Rai Bachchan dancing along in a dance number.

Abhishek never shies away to so some PDA whenever he gets a chance. Aishwarya Rai also says how supportive Abhishek is in every step of her life. They both make a great couple as well as a great family. The couple has spend over 13 years together. They are amongst the first few couples of Bollywood who started to give couple goals. Now, there are many.