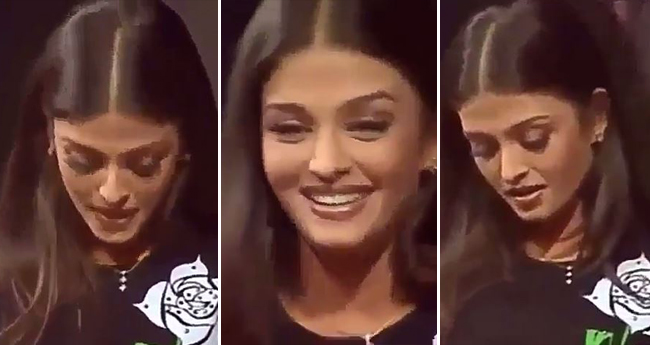 Aishwarya Rai Bachchan, a diva who needs no introduction. From being Miss World to the top actress of Bollywood, the lady has come a long way in her career. Today, she is an established actress, a responsible wife and a caring mother who is brilliantly managing her personal and professional life.

A post shared by AishwaryaRaiBachchan (@aishwaryaraibachchan_arb) on Jun 30, 2018 at 10:04am PDT

Aishwarya has appeared in many unconventional movies in her long career span. She has some blockbuster films to her credit till date and producers-directors are still eager to sign her in their films.

A post shared by AishwaryaRaiBachchan (@aishwaryaraibachchan_arb) on Jun 17, 2018 at 10:02am PDT

The glam diva tries to choose something unique in all her roles and surprise audiences every time. From romancing some biggest Bollywood stars to carrying a film single-handedly on her shoulder, there’s nothing impossible for Aishwarya. The actress is in her 40s but has also romanced a few actors younger than her for eg Ranbir Kapoor in Ae Dil Hai Mushkil. Not just this, she has also romanced actors much elder than her like Rajinikanth in Robot.

A post shared by AishwaryaRaiBachchan (@aishwaryaraibachchan_arb) on May 19, 2018 at 10:06pm PDT

Aishwarya is a bundle full of talent and we are not saying this just on the basis of her acting. Well, we came across a video which dates back to the early days of Aishwarya’s career.

✨Thank you for your Love💖

A post shared by AishwaryaRaiBachchan (@aishwaryaraibachchan_arb) on May 16, 2018 at 4:58am PDT

The actress had appeared in popular celebrity chat show Jeena Isi Ka Naam Hai. In the video, Aish is seen showing her beautiful singing skills to the entire world. We bet no one knew that the actress has such a beautiful voice that can make one fall in love with her.

The show’s host Farooq Sheikh asked her to sing a few lines and the actress was all nervous but sang and surprised everyone.

Take a look at the video:

Now that’s what we call a powerhouse of talent!

On the professional front, Ash who was last seen in 2016 in Karan Johar’s Ae Dil Hai Mushkil opposite Ranbir Kapoor, will be now seen in Fanney Khan where Rajkummar Rao plays the sutradhar, Anil Kapoor is seen playing the trumpet while Aishwarya is seen in an uber chic character. The film’s teaser was released a few days ago and got a great response.

Fanney Khan is being helmed by debutant director Atul Manjrekar. The film will see Aishwarya Rai romancing Rajkummar Rao for the first time. The flick will hit theatres on 3rd August 2018.