Akshay and Mouni shoot for Mono Beena in the movie Gold 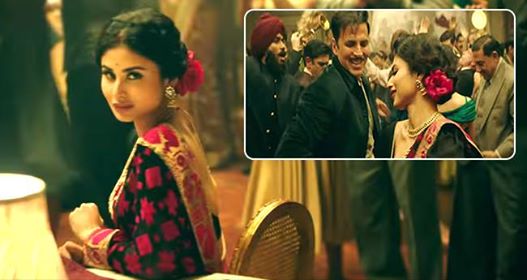 Gold stars Akshay Kumar and Mouni Roy after receiving all the love for their upcoming movie trailer shot for a song titled ‘Mono Beena’. The sports-drama is all set to release on the 15th of August this year and so is Mouni to debut into Bollywood with Mr.Kumar. Another news we got our hands on is that Akshay has contributed to the lyrics as well. A report by the Mumbai Mirror reads, “The idea to change the lyrics from ‘Mona Lisa’ to ‘Mono Beena’ came from Akshay sir. He reasoned that it would sound better with a Bengali girl’s name. Reema was also very supportive and told me to immediately lock the idea.” Adding to which Tanishq said that the producers of Gold, Farhan Akhtar and Ritesh Sidhwani were all in to experiment & try out new stuff.

Tanishq gave his all and flew to Chennai to ensemble a band having the best of artists for Mono Beena. He said, “It is very jazz-oriented, so I assembled a band that comprised musicians from different acts because we required the live orchestra feel.”

Having retro and classy feels, Mono Beena is nowhere close to being an item song and since it is associated with the Bengali culture, adding some blues and jazz just brings more life to it.