Alia Bhatt makes her relationship status official, says she is not single anymore 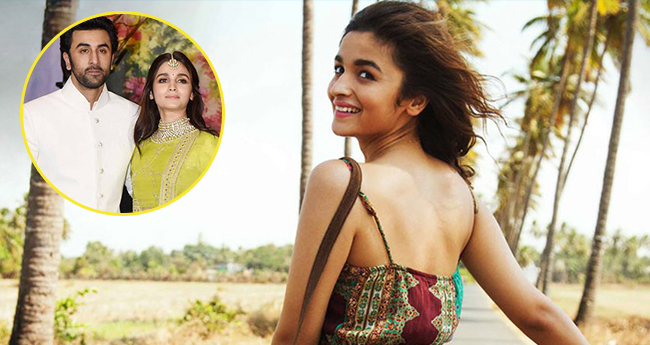 Sets of ‘Brahmastra’, the dream project of director Ayan Mukerji in Bulgaria is witnessing the love story of the cutest couple which is blossomed into a full-fledged romance. Ranbir Kapoor made it official while interacting with media, tight-lipped Alia is making it official through her IG pictures. And now the girl finally accepted that she is not single anymore.

In an interview with NDTV, the actress admitted that she is not single and obviously it is known to everyone whom she is dating. “No, sorry, not single,” revealed the Raazi actress.

Ranbir Kapoor and Alia Bhatt are grabbing all the media’s attention and their love story is not a secret anymore. Their love affair is all around the B’town and fans are loving Ralia, a nickname given by fans. The couple has known each other for a while now as they both works in the film industry but they came close when started the shooting for their first movie together ‘Brahmastra’ which is directed by Ayan Mukerji and this is filmmaker’s dream project. Many pictures have gone viral from the sets of Brahmastra, even the lead actress shared many adorable and loving pictures clicked by her boyfriend Ranbir. Alia in love dauntlessly gave the credits of her Instagram official to Ranbir and left everyone awestruck.

The young actress in the film industry is on a roll literally as she is grabbing such big projects in her kitty. Alia has a handful of movies like Gully Boy alongside heartthrob Ranveer Singh which is directed by Zoya Akhtar, second, the biggie Brahmastra and third Karan Johar’s Kalank and Takht and both are multi-starer movies. Next year’s Valentine day will witness the release of Gully Boy.

On the other hand, Ranbir who recently gave his career’s blockbuster movie Sanju- Controversial Sanjay Dutt’s biopic which has crossed 500 crores marks and become the All-Time-Blockbuster.

Alia and Ranbir enjoying their best time shooting for the Brahmastra in Bulgaria and often went go for dates.