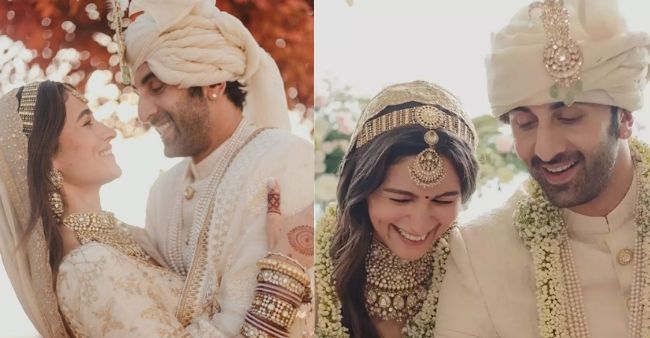 Now as everyone knows, everyone was eagerly waiting for this marriage. So the couple’s fans were very excited for every little detail about this marriage. In such a situation, the media was doing its job in delivering every information of this love bird to their fans. Neighbors of Ranbir Kapoor, while filing a complaint against the media, said that the situation was very bad for 4-5 days. It was difficult to go anywhere, till 4-5 km media people were standing around the way. And in the competition to click the photos first of the couple, many media people have hurt themselves. Neighbours sent a complaint to the Pali Hill Residents Association (PHRA) last evening.

The Etimes report said that some media personalities even tripped the speed breaker and almost got themselves injured. PHRA secretary Madhu poplai has also confirmed this complaint has been lodged. She said, i had no other way but to call a senior inspector. After he arrived we had a meeting in the lobby of the Barfi movie actor Ranbir’s building Vastu. Also a member of the organiser group of the wedding was asked to join the meeting.

Little Things fame Mithali Palkar pens an emotional note as her grandfather passes away: I don’t know of a life without him and maybe I never will...