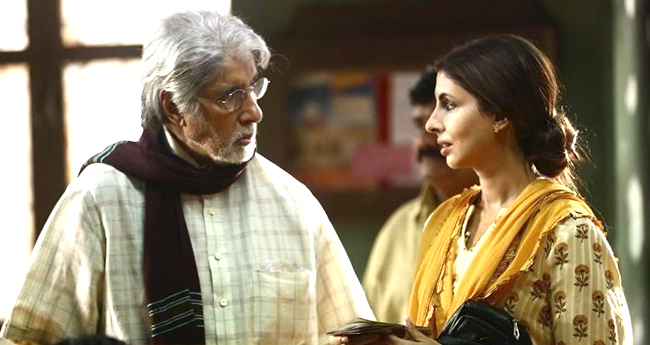 Megastar Amitabh Bachchan’s daughter Shweta Bachchan Nanda made her screen debut with her superstar dad for a leading jewelry brand advertisement. However, the commercial landed in a trouble due to its controversial content. It has gained eyeballs for all the wrong reasons.

After the ad received a lot of criticisms from a banking union for allegedly depicting banks in a negative light, the ad was withdrawn. Kalyan Jewellers executive director Ramesh Kalyanaraman released a statement which read, “We sincerely regret the inadvertent hurt caused and withdraw the advertisement from all media with immediate effect. We understand that the advertisement has hurt sentiments of some people including members of our esteemed banking community. Any such hurtful interpretation being drawn is unintended. We state that the creative advertisement was a work of fiction and not a reflection of banking employees at large. Along with crores of Indians, we acknowledge the valuable contribution of the banking community to our country.” An organization, All India Bank Officers’ Confederation claims to have more than 3 million members, threatened to sue Kalyan Jewellers for hurting the sentiments of millions of personnel.

Kalyan Jewelers refused to take all the allegations and said that the ad was pure fiction.

Kalyan jewellers in a letter to AIBOC general secretary Soumya Datta said, “We understand that your esteemed association feels that the bankers have been portrayed in bad light. We state it on record that it is a pure fiction and at no point we have intended to generalize the bank officers at large.” The letter further read, “Please accept our unconditional disclaimer for the same. We shall within three working days from today add ‘characters and situations depicted are fictional. The brand does not intend to disrespect or malign any person or community’ before the advertisement.”

In the ad, Big B played the role of a senior citizen who is filled with integrity and honesty. He is seen visiting a bank branch along with his daughter to return the extra money credited in his pension account and has a bitter encounter with bank employees in the process. It was heart-touching and sad to see how the employees treated him and his daughter.