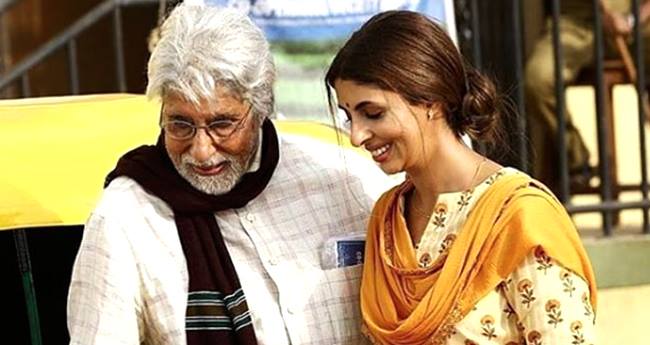 For the very first time, Amitabh Bachchan’s daughter Shweta Bachchan Nanda has taken step towards acting and that too with his legendary father Amitabh Bachchan. The father-daughter duo comes together for Kalyan Jewellers’ new advertisement. Amitabh is already their brand ambassador. We all have seen them both together many times off screen but this is the first time when they are acting together.

Daughters be the best ..

In the new TVC or Television advertisement, it emphasizes the values of trust that the brand Kalyan aspect itself to.

Speaking about the campaign, T. S. Kalyanaraman, Chairman and Managing Director, Kalyan Jewellers, says, “We have a long association with the Bachchan family. They have successfully represented our brand over the years and we are extremely excited to have Shweta Bachchan Nanda on board our latest campaign. As a brand, Kalyan Jewellers stands for trust, and this TVC successfully showcases our ideology of standing up for what is right.”

In this ad of Kalyan, Amitabh is seen as an honest retired government servant whose fight for what is right is captured where Nanda played the role of her daughter. The video is all around the social media and already gained a lot of attention. Shweta looks lovely in a simple, traditional attire with her hair behind her in a neat bun. The ad also showcases the sweet bond between a father and his daughter.

Amitabh Bachchan got emotional as his daughter made her debut in acting and he shared a post on facebook account, have a look at what he said:

Speaking about the ad film, Kartik Smetacek, L&K Saatchi & Saatchi, said, “The insight came from a very rich space. Trust does not just mean being honest when everyone is watching, but it is also about being truthful when no one is looking. It is about a deep-rooted sense of right and wrong and not being a part of anything that would shake one’s trust – not even the smallest of the things.”

Kalyan Jewellers opened their first showroom back in 1993 which is now celebrating its silver jubilee in the India jewellery market with this very special TVC. Kalyan Jewellers has activities across 122 locations globally and will be launching its 100th Indian showroom in August.