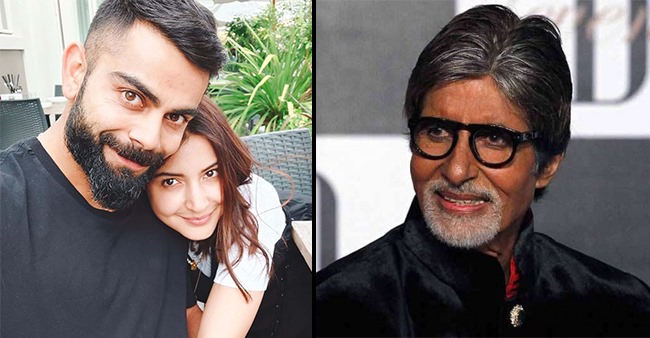 Actress Anushka Sharma and her husband Virat Kohli are currently oozing with happiness after welcoming a baby girl. The couple’s bundle of joy arrived on Monday, January 11, 2021. Taking to his social media handles, Team India skipper Virat Kohli shared a beautiful note to announce the birth of their little one. Instantly, the note garnered a lot of likes and comments with netizens showering blessings on the new parents and the baby girl.

Ever since the arrival of baby Virushka, a message has been making rounds on the internet. The message is about a coincidence of how most Indian cricket team players are blessed with baby daughters. The viral message claims that team India’s women cricket team is in the making.

Alongside this tweet, the 78-year old also mentioned if Ziva Dhoni will be the skipper of this women’s cricket team just like her father Mahendra Singh Dhoni was. Amitabh’s tweet reads, “… and Dhoni also has a daughter.. will she be the Captain..”

"… and Dhoni also has daughter .. will she be Captain ? 🙏'' pic.twitter.com/KubpvdOzjt

In no time the tweet has gained a lot of comments and users are expressing their opinions. One user wrote, “Idea tho Accha hai Sochne wali cheez hai.” Another user wrote, “Nepotism does not work here.”

As of now, Virat and Anushka have asked for privacy. The couple wants to keep their baby away from the public eye. They also haven’t revealed the name of their little munchkin yet.