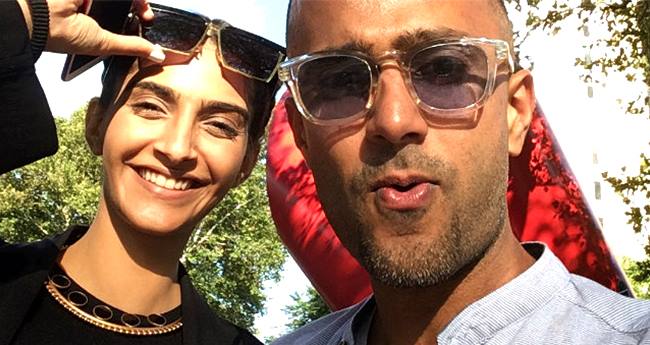 Sonam Kapoor and Anand Ahuja’s relationship was always the hot topic of discussion. the couple never admitted to being together, however, their social media accounts and their frequent public appearances, vacationing together proved it. The madly in love couple indulged in some cute PDAs on the social media which added fuel to the fire.

Well, it has been two years since the couple is together, however, the wedding rumors started doing the rounds a few months ago. And finally, on 1st May, the Kapoors and the Ahuja’s released a joint statement announcing Sonam and Anand’s marriage which will be taking place on 8th May.

Now we all know that Sonam comes from a family full of stars, while Anand is from a business family. So, people are wondering how this union happened. Well, here’s the answer.

Reportedly, A mutual friend named Pernia Qureshi introduced Sonam and Anand in 2014. Pernia was styling Sonam then and was also friends with Anand. Well, Anand was so mesmerised with Sonam’s charm that he decided to take a plunge and went on to propose her just one month after they met. So, the couple has been together ever since then.

Aww now that’s such a realistic story and a sweet one indeed!