Anand Mahindra Gets Impressed By Rickshaw Puller’s Style, Will Gift Him New Car

Anand Mahindra, Chairman of Mahindra & Mahindra Group, the country’s top automobile company, is known for his generosity. He never fails to help anyone when needed.

This time he has shown this generosity on a rickshaw puller. Anand Mahindra was so impressed with the rickshaw puller that he announced to give him a new car. Know what the whole story is.

I suppose you found this funny Neeraj & yes it is, especially since the logo has also been applied upside down! But I’m thrilled, because if a rickshaw driver sees our brand as aspirational, then we will provide him new & upgraded forms of mobility as he ‘Rises’ in life… https://t.co/rcVhsVZrwv

Actually, a person named Neeraj Pratap Singh shared a tweet on the Twitter account of Anand Mahindra. The man shared a picture of a rickshaw wagon in which the rickshaw owner had a logo (emblem) of Mahindra cars on the rear of the rickshaw. The picture-sharing person asked Anand Mahindra for a response.

At the same time, Anand Mahindra reacted to that tweet and first tweeted and then wrote on it, ‘Neeraj may have found you funny and yes it is, especially when the logo has been put down. But I am thrilled by this, and we will give him a new upgraded vehicle to drive, so that he can ‘Rise’ in life. ‘ 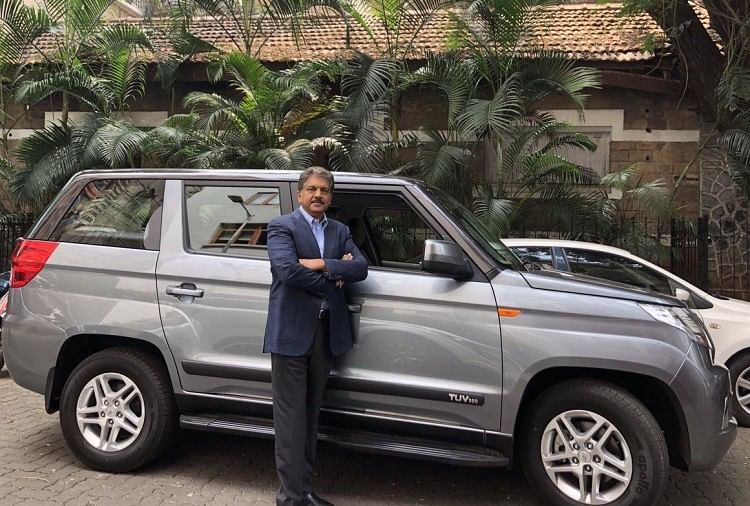 However, Mahindra did not reveal in his tweet which car he would give to the rickshaw puller.

But in his tweet, he has given a hint of this too. He has mentioned the word ‘Rises’ in the tweet, as he also has a company by the name of Mahindra Rise, formerly known as Peugeot Motorcycles. This French company has recently been bought by Mahindra. This company is known for making electric vehicles. It is expected that Mahindra will gift an electric vehicle to that rickshaw.