Anushka Sharma Caught In A Pensive Mood, Shares The Pic On Instagram 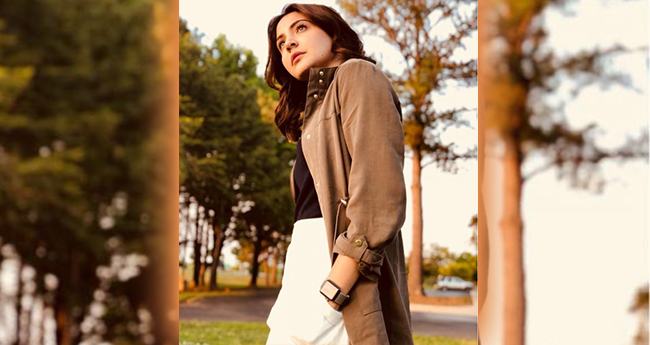 We all know that Shah Rukh Khan and Anushka Sharma has again geared up for Anand L Rai’s next Zero. And, Anushka is currently busy shooting in Alabama for a month-long schedule.

Well, the actress has been sharing pictures on Instagram to make her fans excited. But, what happened to her? As she today shared a picture in which she is caught in a pensive mood. Is she missing her love?

Check out the picture:

According to the reports informed recently, “With Zero having several elements of science fiction, the makers wanted to give it a befitting end. So you will see the climax of the film take place on Mars. While you might find this to be very strange, there is actually quite a logical reason as to why the climax will take place on Mars and you will come to know about it while watching the movie.”

While talking to the leading daily she said, “I am really happy that this year, I am doing a different kind of films and both films are going to release very soon. As far as the Dutt biopic is concerned, that’s one film that the audience will be very excited about and will be happy while watching it. I recently saw a teaser of it and I really liked it. I am doing a cameo in it. Nevertheless, I am really looking forward to watching the film.”

On the professional front, Anushka Sharma post her wedding is back with her work commitments and will be seen in Sui Dhaaga: Made in India which also stars Varun Dhawan. The movie releases on September 28, 2018.