Arjun Kapoor breaks up the silence by saying We’re not doing anything wrong. 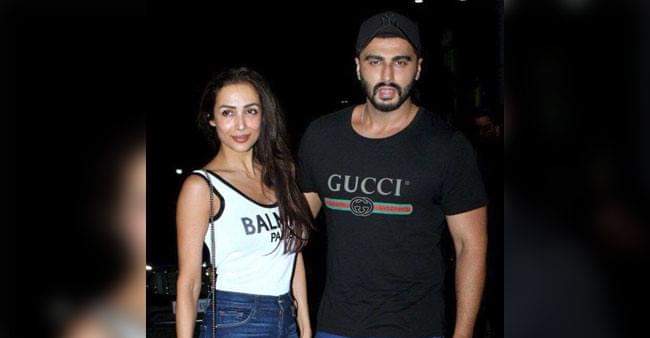 ARJUN KAPOOR has at last made it official with Malaika Arora and has broke the silence by posing with his ladylove MALAIKA ARORA at the screening of India’s Most Wanted.

There were rumours about ARJUN KAPOOR dating MALAIKA ARORA but no conformation was given by them. But the rumours came to an end when ARJOON KAPOOR ADMITTED about being in relationship with MALAIKA.

The duo walked hand in hand and posed at India’s Most Wanted screening. He said “he felt comfortable making it official, we feel the media has given us respect. There’s a sure understanding the media has… they’ve been conscious, kind, and decent about it. You recoil when there’s a certain “gandhagi” that comes with the territory. When purposely people irk you by saying, writing or asking things… there hasn’t been any of that. Where the paps are concerned, we give them photos when walking in and out of a place. It is normal. We talk to them.”

He added, “ He always wanted things to be normal and natural. It looks like we’re hiding something, when we’re not. We are not doing anything wrong.

MALAIKA is divorced with ARBAZ KHAN after 18 years of marriage in 2017.The two have a 16 year old son – ARHAAN KHAN. After splitting with ARBAAZ, MALAIKA started dating ARJUN KAPOOR and have been snapped together multiple times at restaurants partying together.