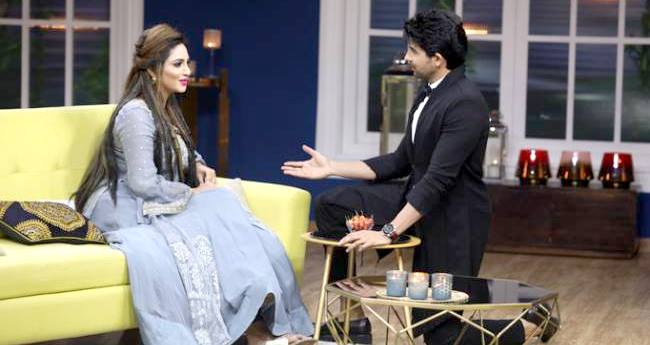 Who will not remember Arshi Khan after watching her Dance, Drama, fighting in Big Boss 11? And her pairing with Rakhi Sawant when they came in the most talked show Juzz Baatt hosted by Rajeev Khandelwal.

Rajeev Khandelwal came up with the show Juzz Baatt and it has received a quite well response from the viewers.

Now in the upcoming episode, you will see handsome hunks of Television Industry who are loved by their audience very much, still, girls gush over them. They are none other than Hiten Tejwani and Husein Kuwajerwala. Yes, BB 11 most loved contestant Hiten Tejwani and he is coming with Kumkum fame actor Husein. The actors will reveal some secrets of their lives in a light-hearted conversation with Rajeev.

Guess who will add some in the show’s episode when Hiten and Husein will come! Yes, Arshi Khan. Adding a surprise element to the episode will be drama queen Arshi Khan. The two men are given a task to impress drama queen. Where Husein goes on his knees to compliment her, Hiten dances with her to the beats of Rashke Qamar and they entertain the audience throughout the episode. A video of the same also went viral on the internet a few days back.

We have already seen Arshi Khan flirting with Hiten Tejwani on the sets of Big Boss 11 and it will be fun to watch Arshi with Husein. The trio will be next seen in the upcoming episode of Juzz Baatt. Be ready for the fun.

Juzz Baatt has already gained popularity when celebrities like Divyanka Tripathi- Vivek Dahiya were the first guests on the show where Divyanka Tripathi broke down while talking about her past with ex-lover, Ssharad Malhotra. Also, newlywed Bharti Singh- the laughter queen and Haarsh Limbachiyaa graced the show and had a lot of fun while playing tasks. Rajeev never fails to impress his audience whenever he makes an appearance on any Television show. Rajeev has a huge fan following when he did the show Kahiin To Hoga and is a crush of many girls followers.