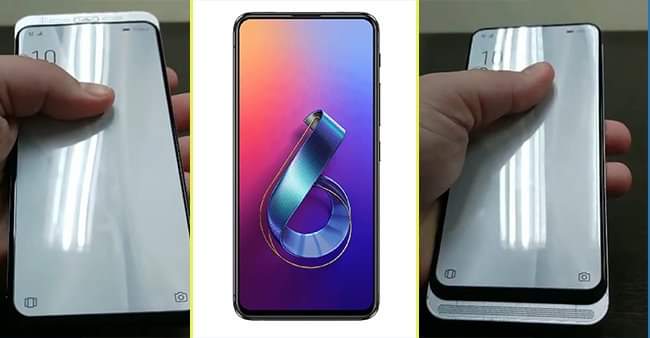 It looks like we are going to see some more flagship phones after the launch of OnePlus 7 series. This time, Asus is coming up with their flagship model in the ZenFone series. The company will globally launch their ZenFone 6 at 20:00 CEST (11:30 pm IST). The company has claimed that smartphone will defy the ordinary, which means we can expect some unique features and specifications coming over way. The company has teased some of the features on Twitter, with the biggest one being no-notch full screen display. Apart from this, the company has kept the 3.5mm headphone jack for the users and it will contain three card slots – one for microSD card and two for SIM cards.

ASUS ZenFone 6 1/2 (yes, seen elsewhere before, sat on these for a while, as I had no specs, so here ya go.) pic.twitter.com/syTfJmI4qI

Asus Zenfone 6 is launching today.. It will come with snapdragon 855, 5000mah battery and flip camera.. i will be available from flipkart.. #sandiptech20 pic.twitter.com/lL12H1Z1Km

The phone is not launched yet but a lot of specifications have already been leaked. The first leaks suggested that the smartphone will come with a sliding camera feature just like Mi Mix 3, but a Chinese website along with Roland Quandt have revealed that ZenFone 6 will come with something that has never been seen on a smartphone.

This is live image of Asus Zenfone 6 . It is the killer phone with flip camera .
1) 48+13 camera in front and also in back.
2) World first QC 4.0 charger in the box
3) Qualcomm Snapdragon 855 processor
3) 5000 mah battery.
4) glass Back@AmreliaRuhez @xdadevelopers pic.twitter.com/WaWOm4XzGE

Other than this, the device will be powered by a Qualcomm Snapdragon 855 chipset with 12GB RAM and 256GB storage. As we mentioned earlier, there will be a slot for expanding memory. The device will boast a mammoth 5000 mAh battery and will operate on Android 8.1. It will also have a rear mounted fingerprint sensor.

Though, the two biggest features of the device are expected to a full screen display with no notch. For camera, the company has decided to go with flip camera module. This way a user will be able to use rear camera for capturing selfies. The module is expected to hold a dual-camera setup with a primary 48-megapixel sensor and the secondary sensor of 13-megapixel.

All the other major features will be confirmed during the launch event.