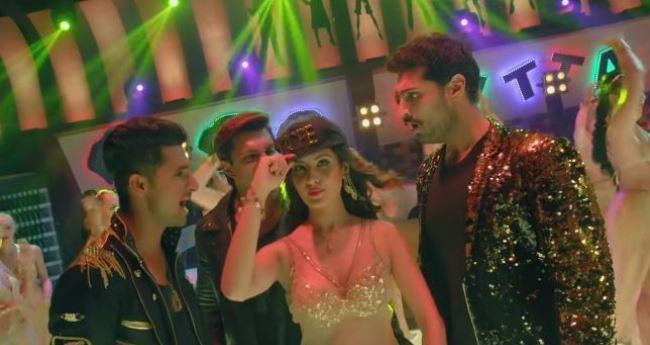 Karan Singh Grover, Kunaal Roy Kapur and Ravi Dubey starrer film 3 Dev is one of the path-breaking films of the recent times. The movie restores faith in God. 3 Dev shows the life of three con youngsters who are in search of a flat and how they land up in various problems.

The makers have now rolled out a new song from the movie titled Ban Dance Mein Kutta. The song is a funky one and is one of the latest peppy party tracks which is going to be quite hit among the youth.

The song is quirky and funny and the three boys are having a ball of time in the video.

The amazing song is sung by well-known singers like Divya Kumar, Uvie and Shivi and music is given by Sajid Wajid. The lyrics are penned down by Ashraf Ali and Danish Sabri.

TV actress Pooja Banerjee has made a special appearance in the special track and made it more glamorous.

The trailer of the movie was simply mind-blowing and we are sure the movie is going to set some amazing records on the box office.

So folks, are you excited to see 3 Dev starring not just one but three handsome hunks?

Did you like this peppy track? Tell us in comments.