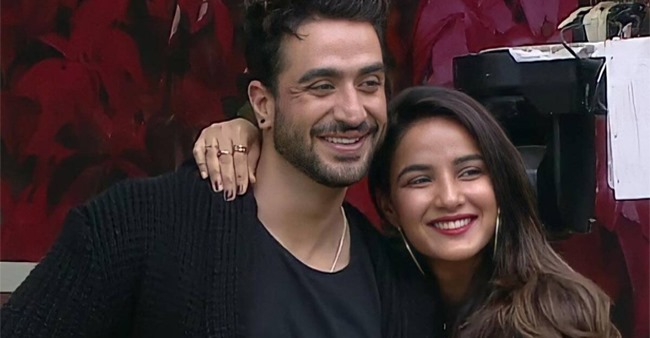 Published by siddhi ajgoankar on 16 Apr 2021

Bigg Boss 14 fame contestants Jasmin Bhasin and Aly Goni are currently among the cutest couples of the telly town. The lovebirds don’t shy away from PDA and are giving away major ‘couple goals’. The netizens are always left gushing whenever they come across the duo’s picture on their social media feed.

Meanwhile, the holy month of Ramadan is going on and television actor Aly Goni has been fasting. His girlfriend Jasmin Bhasin decided to show her love for him in a special way and everyone on the internet is in awe.

Taking to his Instagram story, Aly shared a cutesy picture of his girlfriend Jasmin busy in the kitchen. He went on to mention that she is preparing iftari for him. In the picture, the actress is wearing a chic Kurti and a pair of palazzo pants.

Sharing the sweet picture on his IG story, the Yeh Hai Mohabattein actor wrote, “See, who is making iftari today (sic).” He accompanied it with a heart emoji.

Indeed, ever since their exit from season 14 of Bigg Boss, the couple has come more close to each other. Many thought that post the exit from the TV reality show, Aly Goni and Jasmin Bhasin will part ways. But fortunately, their romance didn’t fizzle out and their fans are happy to see them together.

A couple of days back, Aly conducted an ‘Ask Me Anything’ (AMA) session on his Instagram handle. During the AMA session, a fan asked the actor to marry them. In response to the IG user’s question, Aly shared a picture of his ladylove and wrote, “ISSE PERMISSION LENI PADGI LOGE (You will have to ask for her permission) (sic).”

As of now, neither of the two have addressed the rumours of their marriage floating around. In fact, the sources allege that Aly and Jasmin are happy together and are enjoying this phase rather than thinking of the next step.

Sushant Singh had disclosed in a 2017 interview that Shah Rukh Khan had helped him to maintain balance in his life. Read...

Shilpa Shetty posts a picture of a book page; seems that the lines written are relatable to her...