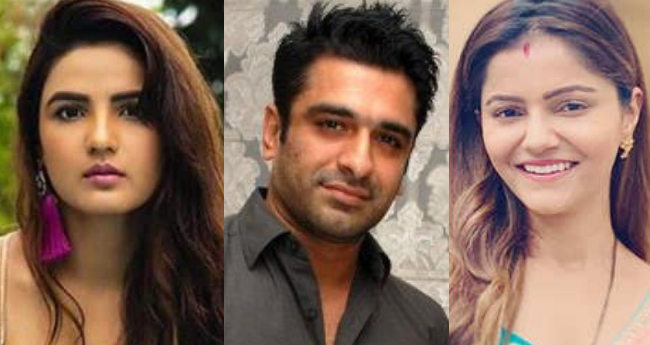 Bigg Boss 14’s Weekend Ka Vaar episode was full of ups and downs as it was loaded with drama, gossips, and lots of fun. Chaos over house duties created a huge heated debate in the house. Senior Sidharth Shukla and fresher Rubina Dilaik locked horns over doing kitchen work.

In the latest episode we saw, Rubina calls Sidharth ‘unfair’. Along with this, we also saw a sharp argument between Rahul Vaidya and Pavitra Punia over interfering in each other personal matters and unnecessarily giving opinions.

We also witnessed the first luxury budget task of Bigg Boss season 14 and it was based on ‘Musical Jujalbandi’. The task was about attracting the maximum number of audience and the contestant with the highest number of audience votes will win the luxury budget hamper. Jaan Kumar Sanu performed like a pro and won the luxury hamper which he shared with other four safe contestants. Jaan takes the names of Nikki, Nishant, Eijaz, and Shehzad.

In the promo, we see Rubina Dilaik locking horns with host Salman Khan. Bigg Boss announces a task in which contestants need to decide who is the ‘dumbest’ contestant in the house among Rubina and Nikki. To which Rubina finds this task disrespectful and she refuses to participate in that. After this, host Salman Khan lashes out at Rubina that she can’t decide tasks according to her. Salman Khan asks her to pack bags and leave the hose if she can’t cooperate with the tasks.

On the other hand, we will see Jasmin Bhasin dragging Eijaz Khan into some serious questions. Jasmin rebukes on Eijaz and says during tasks Eijaz tries to behave with her in an inappropriate manner and that is not acceptable. To which Eijaz replies he had never even thought of doing such things and she might be taking him wrong. Tomorrow’s Bigg Boss Weekend Ka Vaar would be interesting to watch as one contestant will say goodbye to this house.