BB14’s Eijaz Khan To Abhinav Shukla: I Have A Huge Crush On Toofani Senior Gauahar Khan 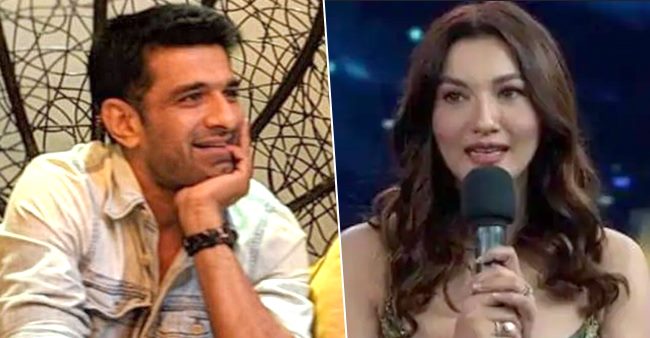 Arguments, heated discussions, and altercations are very common things in Bigg Boss’s house. But, the show has seen emerging of many couples too. Some of those have stayed for long while some other relationships didn’t work out. In the latest season running on TV, there have been dramas and spats only till now. But love is also gradually finding its place in the house. Eijaz Khan, one of the Bigg Boss 14 contestants, has recently confessed that senior Gauahar Khan is his crush.

Ha ha ha 😍😍😍
2juniors were talking about the senior 😅😅😅
It's like students talk about a teacher 😁😁😁
The way they were talking is cutest scene of yesterday 😋😋😋@KhanEijaz & @abhinavShuklaF
& the most beautiful senior @GAUAHAR_KHAN @ColorsTV#EijazKhan #BiggBoss2020 pic.twitter.com/BiV2XgpSg5

On 14th October’s episode, Eijaz was seen having a chat with fellow participant Abhinav Shukla. During the talks, he admitted that he likes one of the Toofani seniors and she is Gauahar. Her height, her fashion statement impresses him. Abhinav suggests Eijaz to just give it a try to build a bond with Gauahar.

He says that she is sensible and she is likely to understand his feelings. Then, Eijaz tells him about his hesitation that earlier too, he hasn’t been that confident in front of people he has crushed on. He feels awkward. He mentioned about a bitter experience of a relationship that he had in the past. At that time Gauahar enters the room. Eijaz is seen to blush hard seeing her.

Gauahar is said to have a relationship with Zaid Darbar. In the Bigg Boss house, Eijaz has won his task regarding belongings along with Nishant and Pavitra. Abhinav is yet to complete the task. Gauahar along with other seniors Hina and Sidharth are in charge of the tasks.