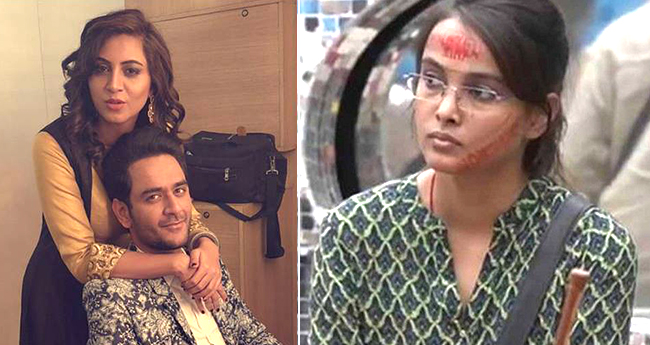 It has been around 5 months since Bigg Boss had the winner of season 11 but the mastermind Vikas Gupta’s fails to fulfill his promise.

In the task of Vikas City, he won Rs. 6 Lakh and had announced that he would divide his prize money between Arshi Khan and Jyoti Kumari. But, he didn’t give them even after the 5 months the show ended.

But, this is the thing that BB fans remembered today and took to Twitter they remind Vikas about his promise. Currently, a fan page of Bigg Boss tweeted: “Exclusive and Confirmed! @lostboy54 didnot gift his prize money to @ArshiKOfficial or #Jyoti as he had promised. It was fake Publicity Stunt By Vikas Gupta to gain More sympathy and attention.”

Check out the tweets that troll Vikas Gupta: And, the actor didn’t like the trolling and lashed out at the tweeps and said: “Idiots of the first order. Jyoti has already received 50 percent of the prize money in the month of March. As for Arshi when offered 50 percent, she said she does not need it. She earns a lot of money. So that part of the prize money has been spent on people who need it .”

Arshi and Vikas is a very good friend even outside the BB house and to support him, Arshi tweeted:

Ok. This is what I said to @TheKhbri after they dm'ed me repeatedly. And yes, I don't need it. Never did. Peace 🙏❤ pic.twitter.com/x5Y5wfeYsl

Earlier, the news came which claimed they both even blocked each other on social media but Arshi said:

“First of all, this is a very silly issue. Yes I was upset with Vikas for not acknowledging birthday wishes from Virshians who love us both and they wished him at sharp 12. I was live on Facebook when we all wished him. So obviously it hurt them and me when he thanked all the other fandoms and categorically left us out. As his friend, I have supported him always and it has never mattered to me if he has supported me in return but I love my fans and they were upset about him leaving them out. It upset me too so I didn’t go for his party. I even asked my fans not to abuse him but I can’t help it if they still trolled him. Secondly, I didn’t unfollow his mom. I love her dearly and we are still in touch. I love my friends but if there is no respect for that friendship I move on. I was hurt, still am but I don’t understand why this silly fight went public. And I also request media to keep Shilpa out of the picture because she was never in it. I’m sure we’ll sort it out and get on with our lives so I have no more comments.”