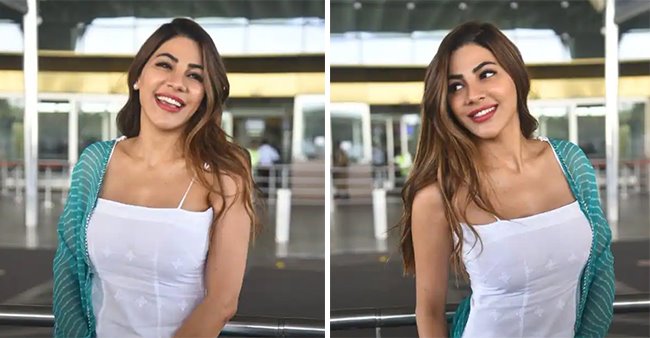 Nikki Tamboli, the Bigg Boss 14 fame, was spotted at the airport on Tuesday. The actress was seen ditched the western wear and went for an all-white cotton suit along with a green dupatta. Nikki Tamboli was flying off to Chandigarh and could be seen happily posing for the camera. 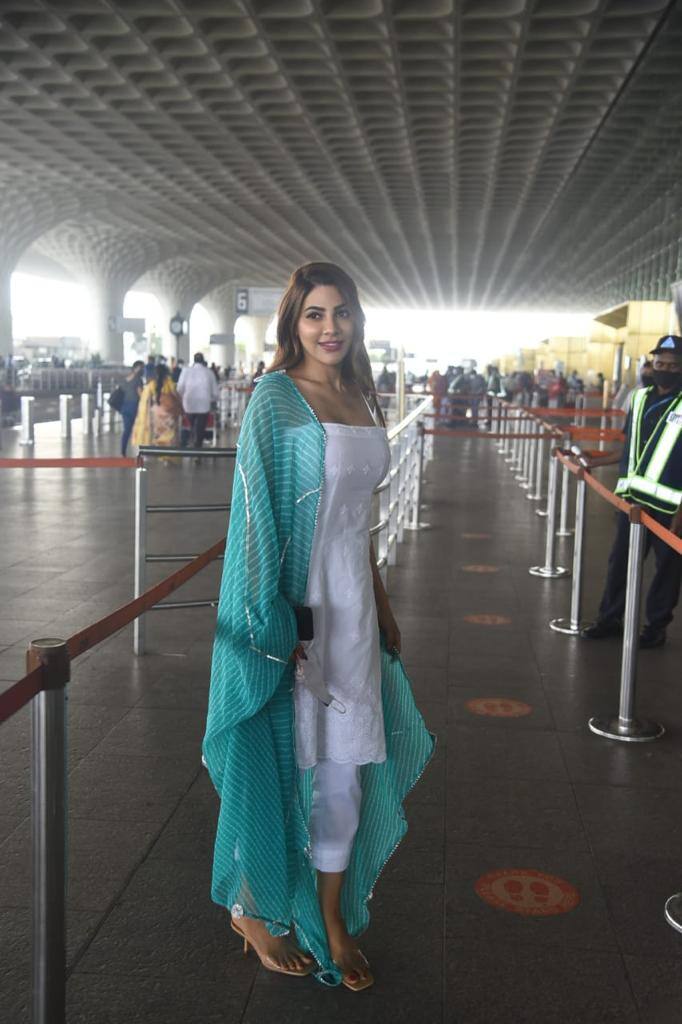 Model turned actress Nikki Tamboli was one of the most popular and favorite contestants of Bigg Boss 14 that was hosted by Salman Khan. The 24-year-old beauty won the love of the audience and emerged as the second runner-up during the show.

She made her acting debut in the year 2019 with the Telugu horror comedy movie ‘Chikati Gadilo Chithakotudu’. Nikki Tamboli has also worked in a Tamil movie named ‘Kanchana 3’.

During the Bigg Boss 13 show, Nikki Tamboli and co-contestant Jaan Kumar Sanu grabbed the eyeballs for their amazing chemistry. While Jaan Kumar Sanu confessed he liked Nikki, the latter was seen teasing him as ‘bhai-jaan’. Later, we saw their equation souring and the actress even accused Jaan Saanu of kissing her on the cheek without her consent. 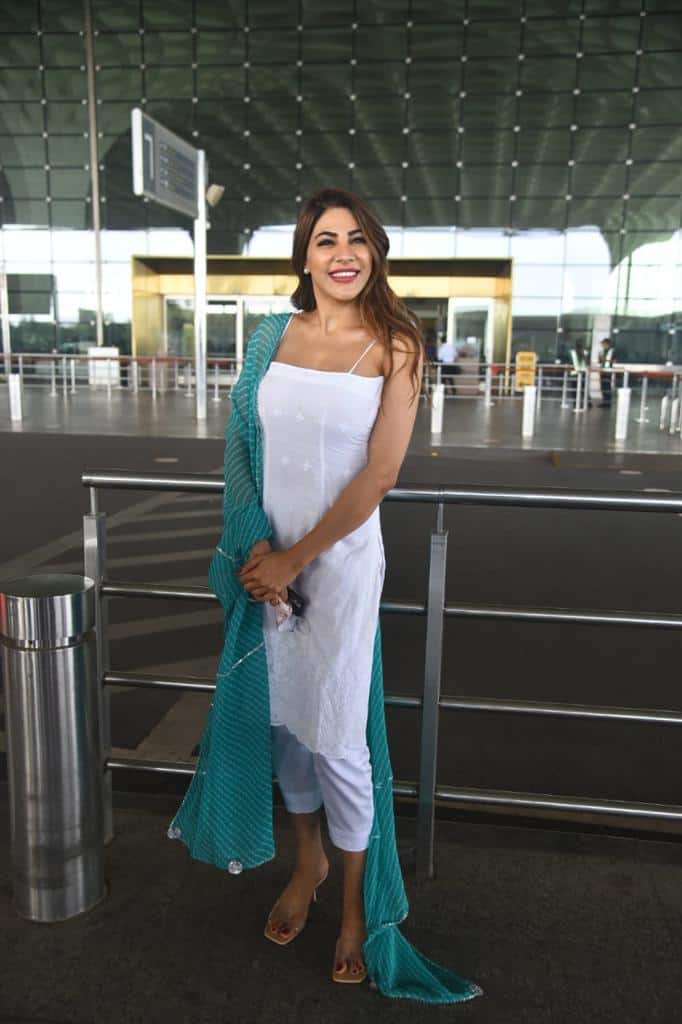 The actress was popular for speaking out her mind in Bigg Boss 14 and was both liked and disliked by the audience for the same reason. Nikki was also very close to the Bigg Boss 14 winner Rubina and her husband Abhinav. The fans loved their friendship.