Bill and Melinda Gates to part their ways after 27 years of marriage, says, “we no longer believe we can grow together as a couple” 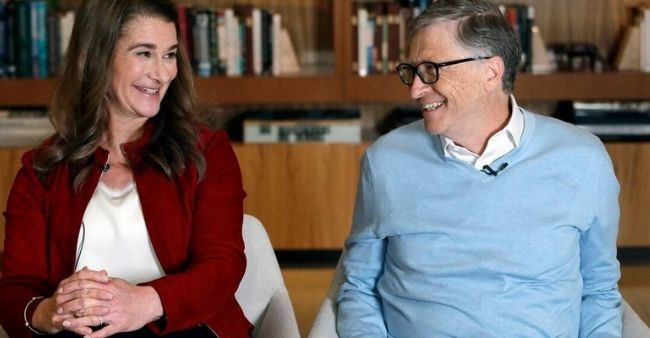 Earlier today, Bill and Melinda Gates announced their separation on twitter after 27 years of their marriage, saying that they have decided to part their ways even after they tried a lot to work on their relationship and after a great deal of thought they have decided to do so. The two said in a brief statement posted on Twitter, “After a great deal of thought and a lot of work on our relationship, we have made the decision to end our marriage”.

Although, after their decision of separation, they have decided that they would work together on the Bill & Melinda Gates Foundation which primarily focuses on public health, education and climate change and works to help all people lead healthy, productive lives. The organisation has spent billions to tackle causes such as infectious diseases and encouraging vaccinations in children. The official statement added, “We have raised three incredible children and built a foundation that works all over the world to enable all people to lead healthy, productive lives. We continue to share a belief in that mission and will continue our work together at the foundation, but we no longer believe we can grow together as a couple in the next phase of our lives. We ask for space and privacy for our family as we begin to navigate this new life”.

The pair has asked for space and privacy for their family as they begin to navigate their new life. This is the second unexpected divorce among the uppermost ranks of the world’s richest people after Jeff Bezos and Mackenzie Scott in July 2019.

For your information, Bill Gates is 65-year-old co-founder of Microsoft, ranks as the world’s fourth-richest person. Melinda Gates, 56, is a former Microsoft manager who’s gained international prominence co-running the Bill & Melinda Gates Foundation. The billionaire couple met for the first time at trade show in New York City and began dating in 1987. They got married in 1994 on New Year’s Day in Hawaii and are parents to three children now.