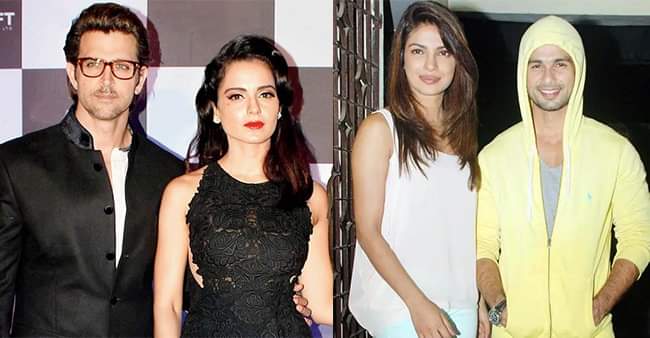 Love is one of the delicate things which happens in life. When the heartache happens, a person almost loses all the hopes related to love and does not want to look at the latter person. Same happened with many couples of Bollywood. Because of their relationship, they never worked again with each other. Let’s jump on the list.

Action Hero Akshay Kumar and Tip Tip Barsa Pani Fame actress Raveena Tandon never worked again because of some reasons. Some people say they were secretly married, but then Akshay Kumar Married to Twinkle Khanna. Well, we don’t want to assume anything but the truth is we will never be able to see this on-screen couple again.

Bollywood actor and son of Big B, Abhishek Bachchan and Rani Mukherjee is also on the list. People say that they were engaged secretly, but their relationship didn’t stay long and then Abhishek Bachchan married Aishwarya Rai. Now both the celebrities moved on with their respective lives, but they decided to never work again with each other.

Shot of Priyanka Chopra and Shahid Kapoor together. Such love chemistry they share together. Proper pics soon. Promise! pic.twitter.com/PQzPuBXT

Desi Girl Priyanka Chopra and Chocolate Boy Shahid Kapoor were considered as one of the  beautiful couples of the B town back then, but after their break up, they didn’t even try to work with each other.

Abhishek Bachchan and Karishma Kapoor were engaged, but because of some reason, they broke their Engagement and never looked at each other again.