As the NCB continues its investigation into the Bollywood narcotics trafficking case, we present the whole list of celebrities who have been investigated by the agency so far in this.

Armaan Kohli – NCB zone head Sameer Wankhede transported Armaan Kohli to the NCB office in south Mumbai. The raid was carried out following the arrest of Ajay Raju Singh, a drug seller from near Haji Ali, who was found with 25 grams of MD. He is accused of supplying drugs to celebrities from the film and television industry.

Ajaz Khan -After banned narcotics were discovered in his Mumbai residence after a raid last week, Mr Khan was detained for interrogation and later arrested. When the actor arrived in Mumbai from Rajasthan, he was taken into custody at the airport. After an eight-hour interrogation, he was arrested.Mr Khan said he was innocent to reporters after his detention. 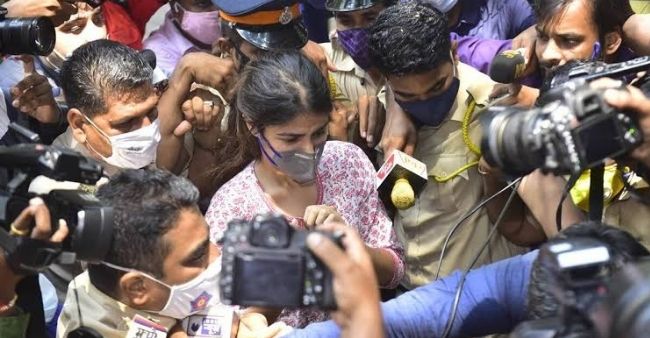 Rhea Chakraborty- The NCB first questioned actor Rhea Chakraborty, who was in a live-in relationship with Sushant Singh Rajput, and her brother Showik Chakraborty. Both of them were charged with drug possession and usage under the National Drugs and Psychotropic Substances Act. The actress revealed in her statements that the late actor was an alleged drug addict.

Deepika Padukone –NCB summoned Deepika Padukone and her manager Karishma Prakash after Rhea Chakraborty was arrested in the case. Deepika and Karishma were questioned when a conversation between the two from 2017 surfaced, in which they discussed “maal.” Following their interrogation, NCB issued a statement claiming that the two clarified that they used code names such as maal, weed, hash, and doom.

Sara Ali Khan –Sara Ali Khan, Saif Ali Khan’s daughter, was also summoned before the NCB. In her debut film, Kedarnath, she worked with Sushant Singh Rajput. According to Sushant’s former flatmate and teammate Samuel Haokip, the lead pair was in a relationship that ended following Sonchiriya’s defeat. Sara, on the other hand, has denied using narcotics, according to sources.

Shraddha Kapoor –Actress Shraddha Kapoor was summoned by NCB in connection with the agency’s probe into the link between Bollywood and drugs. She was one of the guests at the late actor’s Chhichhore party at his farmhouse in Pawana. Shraddha has reportedly admitted to the chats she exchanged with Rhea Chakraborty’s ex-manager Jaya Saha.

Rakul Preet Singh –Rakul Preet Singh, an actor and model, was one of four Bollywood A-listers summoned by the NCB in connection with drugs. Rhea Chakraborty, according to Rakul, is the owner of the drugs found in her home. During her questioning by the NCB, the actor said that Rhea would have drugs sent to her home, and that the stash found there was not hers.

Arjun Rampal- Arjun Rampal became the first male star to be summoned by the NCB in connection with alleged drug use in the Hindi film industry. The actor’s home was raided on Monday. His girlfriend, Gabriella Demetriades was also questioned.