Bollywood Stars Like Sonam, Sallu, PeeCee & Others Know The Real Value Of Friendship 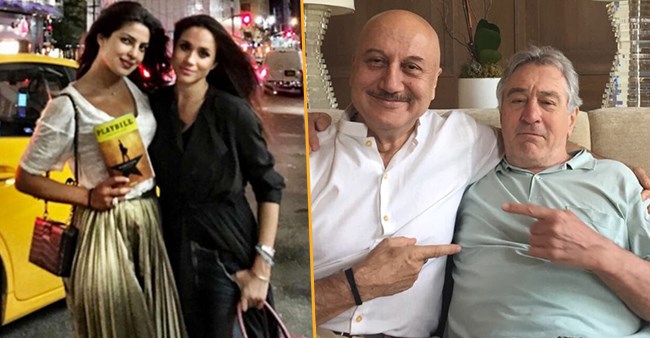 Friendship is one of the most beautiful relationships in the world. When it comes to Bollywood, there are some celebs who proved that friendship has no boundaries. Some of them really value friendship and stay with their friends in every situation, despite physical distance. Let’s check out a few of them:

Thank you @anaitashroffadajania for tagging me.. I love this black and white picture . It represents my love for India and Indian creativity. I was proud to wear @rimzim__ for my press meet in Cannes.

They are best friends for over 8 years. During the filming of Sonam’s father Anil Kapoor’s ‘Race 2’, she and Jacqueline became close friends. Since then they are seen attending many events together and helping each other in any problem.

Salman met Iulia in Romania for the first time. She is a singer-actor in Romania. Presently, they are enjoying holidays in Salman’s farmhouse along with his family. She has been present in Salman’s family functions earlier too.

Today calls for a cheers! I am thrilled to announce that I am the new Creative Advisor for @bonvivspikedseltzer. 🙌🏽 We have some fun things on the horizon, including my new signature summer cocktail “Make Me Blush. Swipe → for a little teaser! 😉 We also put together a Bon V!V Summer Brunch Box and a bubbly kit so you can create “Make Me Blush” at home. Click the link my bio to get yours & enjoy! 📸- @divya_jyoti & @eccles

Meeting the first time at a TV event, the two are now so close that the former Miss World attended the Royal wedding of Meghan and Prince Harry, with her husband. The Quantico actress always praises Meghan a lot.

One is a fantastic veteran actor of Bollywood and the other is a Hollywood icon. They acted together in the film ‘Silver Linings Playbook’. Anupam recently shared a picture of them and cherished memories.

Danish badminton player Mathias and the Bollywood actress Taapsee Pannu share a strong bonding nowadays. Though they haven’t confirmed whether they are dating each other, Taapsee openly praises the silver medalist in the Olympics and they hang out together.

Amid Reports About Edgy Relationship, Sushant’s Sister Shweta Talks About His Close Relationship With Sisters...