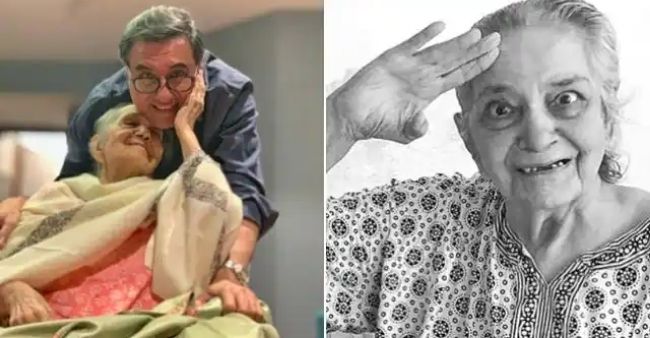 It is upsetting to learn that actor Boman Irani’s mother has passed away today in the morning. The actor himself broke the news on his official Instagram account with a heartfelt note alongside her picture. Boman stated in his post that his 94-year-old mom, Jerbanoo Iran passed away peacefully in her sleep.

Her death was the result of an age-related ailment. The Munna Bhai M.B.B.S. famed actor shared the sad news and expressed his emotions in his post. He told that she had been playing the role of both mother and father since she was 32 years old. Boman credited his mother for urging him to watch movies as a child.

The actor also disclosed that his mother was passionate about cuisine and music. He mentioned that last night, his mother requested for “Malawi Kulfi and some mango.” Adding to this he wrote, “she could have asked for the moon and the stars if she wished,” and he would have fetched them for her.

He concluded by saying that her mother “was and always will be A Star.”

Boman has appeared in a number of Bollywood blockbusters, including Veer-Zaara, 3 Idiots,  Lage Raho Munna Bhai, Housefull, PK, Cocktail, Jolly LLB, and many others.