Catch A Glimpse Inside The Comfy Homes Of Neelam Kothari, Seema Khan & Others From The Fabulous Lives Of Bollywood Wives 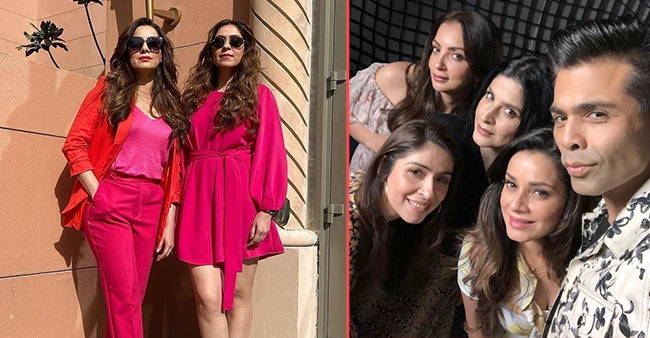 The beauties will be showcased in their most realistic selves (without any wardrobe and makeup flaws). The unscripted reality show format merges the play of The Real Housewives’ franchise with the charm of Keeping Up with the Kardashians.

The show has been created in association with Karan Johar’s Dharmatic Entertainment — it’s the digital edition of Dharma Productions. If you’re a big admirer of cringe content, this reality show is perfect for you as it has all you want to enjoy.

It’s part obsessive, part hilarious and ultra-glamorous. A firsthand preview of which you can enjoy from these inside images from Maheep Kapoor, Neelam Kothari Soni, Seema Khan and Bhavana Pandey’s homes.

Who are the four wives on Netflix’s Fabulous Lives of Bollywood Wives?

Maheep Kapoor is a popular ex-model and actress. In the year 1997, she got married to Anil Kapoor’s brother Sanjay Kapoor. The cute pair is blessed with two adorable kids, Shanaya and Jahaan Kapoor. Enjoy inside pictures of Seema Khan’s house –

Neelam Kothari Soni is a renowned actress, who has given many hits in the past. Now, she has turned out to be an entrepreneur, who owns her personal fine jewelry brand. She tied the nuptial knot to dashing actor, writer and director Samir Soni. Have a look at pictures of Neelam Kothari Soni’s house

Seema Khan is a well-known fashion designer as well as stylist. She is married to Salman Khan’s brother Sohail Khan. She designs outfits for some of the noteworthy personalities of Bollywood. Have a look at some inside pictures of Seema Khan’s house –