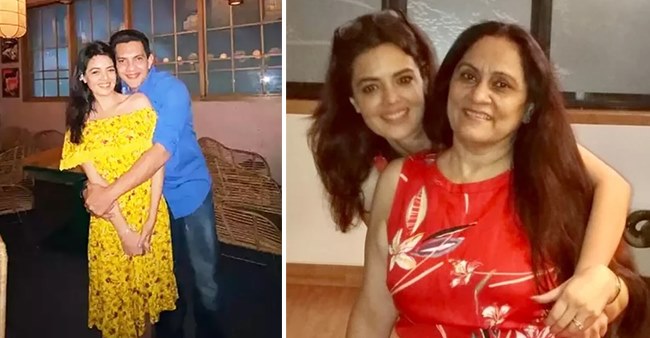 Actor and host Aditya Narayan has already tried many things in his life for gaining stardom and success. As the son of an ace singer Udit Narayan, Aditya started trying his luck from an early age. He has been the host in few TV reality shows and has already made his Bollywood debut with the movie Shaapit.

Besides, the actor is quite popular with his personal life happenings. He often hits the headlines for gossips and controversies. Even though recently, the good news is in the air for the actor. He is going to tie the knot with his co-actress and ladylove Shweta Agarwal.

Shweta and Aditya met on the sets of Shaapit, which was the debut movie for Shweta also. Aditya didn’t take much time to fall for Shweta.

@adityanarayanofficial is all set to get married at the end of this year. Aditya Narayan was earlier rumoured to be dating his Shaapit co-star Shweta Agarwal. However, there were reports making the rounds that after a public spat, the couple parted ways. But the truth is that Aditya and Shweta are very much together for a decade. Now, they are all set to take the plunge by the end of this year. . . . #adityanarayan #adityanarayanofficial #aditya #singer #shwetaagarwal #shaapit #actress #weddingbells #weddingoncards #singer #indiansinger #wedding #celebritywedding #bollywood #bollywoodsinger #couple #couplegoals #uditnarayan #celebritystyle #celebritycouple #merenaalvyahkregi #bollywoodstyle #chipkumedia

The actress started her career in the small screen industry and by now has worked in both national and international movies.

Their relationship also had to face a lot of challenges like every other relationship. Finally, it was the unconditional love that helped the couple win over all the odds.

"Kabhi Na Kabhi To Miloge Kahi Pe Humko Yaki He….🎶" My all the favorite Song 🎶😍😍❤❤ Amazing Singing by Our Cute And Charming Rockstar @adityanarayanofficial 🎤😍👏👏😘#WeloveYouAdi😘 What A beautiful voice your #AdityaNarayan 👌👌Melodious and Magical 😍❤❤I love it 💞💞 #Cutenessoverloded #CuteAdi #Shaapit Movie My favorite one❤ #Aman #Kaya Video credit by my sweet sis Anku @adityanarayan_official_fc thanks❤

Aditya’s parents are also impressed with Shweta. They are happy with this relationship.

Aditya Narayan and singer Neha Kakkar were being rumored to date each other for some time when Aditya hosted Sony’s singing reality show Indian Idol and Neha was the judge in the same. But finally, it was made clear that there was no truth in this story. Afterward, both Neha and Aditya revealed the names of their would-be life partners. Currently, as Aditya and Shweta is going to get married, speculations are going on about Neha and her beau Rohanpreet Singh’s wedding that can happen anytime soon.