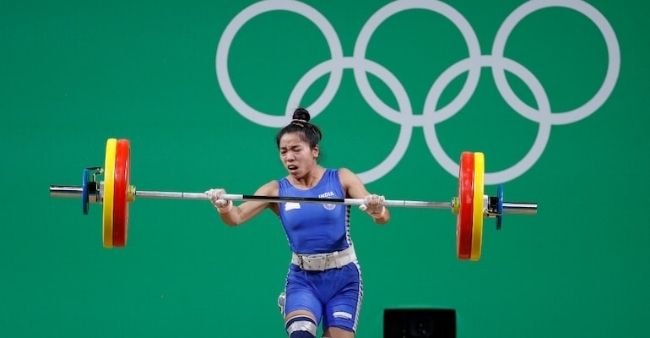 Day one of the much-awaited Tokyo Olympics started with a bang. The opening ceremony saw colours, firecrackers and motivated contingents walking the stage. For India, it was sweeter as Mirabai Chanu bagged a medal on day one of the Olympic games and this has made the whole country proud!

Indian weightlifter, Mirabai Chanu bagged a silver medal in the women’s 49kg category. She did the whole country proud and received praises from politicians to celebrities alike.

Taapsee Pannu took to Twitter and shared a news report about the win. She wrote “And we begin !!!! Come on India.”

Other celebrities who were elated and expressed it on social media are Farhan Akhtar, actress Kritika Kamra, comedian Kiku Sharda and Filmmaker Venkat Prabhu.

Could not have asked for a happier start to @Tokyo2020! India is elated by @mirabai_chanu’s stupendous performance. Congratulations to her for winning the Silver medal in weightlifting. Her success motivates every Indian. #Cheer4India #Tokyo2020 pic.twitter.com/B6uJtDlaJo

Congratulations to #MirabaiChanu for our country’s first medal on the very first day.

India is proud of her daughter. pic.twitter.com/iv70x7s8Od

Saikhom Mirabai Chanu was born in August 1994 in Imphal district of Manipur.She has been decorated with prestigious awards like the  Rajiv Gandhi Khel Ratna award which is the highest sports honour in India for her excellence in Weightlifting and a Padma Shri which is the fourth highest civilian honour in India.

Chanu has a Gold medal for Weightlifting at the 2018 Commonwealth Games – Women’s 48 kg in her kitty already.