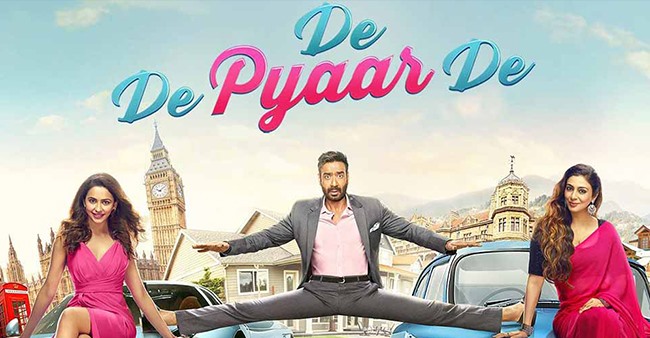 De De Pyaar De is the recently released romantic comedy flick written by Luv Ranjan. Through this film, Akiv Ali made his debut in the directional field. The film features Ajay Devgn, Rakul Preet Singh, and Tabu in lead roles. All the supporting characters in the film have delivered decent performances in the film. Some other characters include Javed Jaffrey, Hussain Dalal, Alok Nath, Jimmy Shergill and more.

Rakul Preet Singh is truly a distraction in the film as she couldn’t deliver maximum depth to her character. However, the maximum number of scenes in the film are between Ajay and Rakul. It is a must mention that Tabu played an interesting role in the film. She is the true hero of this film wherein she enlightened each and every frame with her screen presence. The comedy timing of this actress is the best part of the film.

#DeDePyaarDe i think makers played superbly, usually some audiences wait for the experts mouth, now that part is over yesterday and all type of audience will go for the movie bz of good wom, now opening number will be more surprisingly is on the way prediction, 16cr. To 17cr.👍

De De Pyaar De is a must-watch film this week filled with complete fun and entertainment.