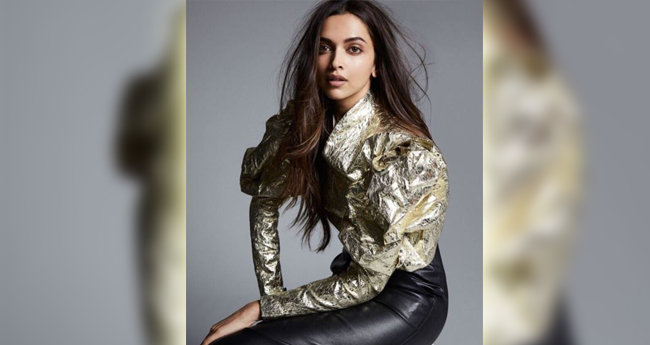 The most admired actress in Bollywood Deepika Padukone has improved over the years in terms of her fashion sense. After her Met Gala and Cannes appearances, the diva has no time to stop winning hearts of her fans. Recently she did a photo shoot for magazine Tings London. As always she slew like a pro in her stylish outfits.

She nailed it like a boss in a black golden outfit. Deepika Padukone is making herself recognizable as an international celebrity. Take a look at her one-shoulder black gown from the photoshoot-

Belonging from a non-filmy background the actress was confused about how an actress should really be like, how should she dress like look like. She told in an interview that playing Veronica in Cocktail movie was different as her character was way too different than how she actually is. She also talked about the character that affected her the most. She said, “There was a stereotype in my own mind of what an actress should be, what she should look like, dress like, etc. Cocktail is a film that changed a  lot of things for me because I think that movie came to me at a point in my life when I was coming into my own.  I was having a breakthrough with myself and the role  I played in that film sort of enhanced that entire experience for me. The character I  played (Veronica) was completely different than who I am personally,  and  I felt like playing her completely opened me up. I felt like a different, more authentic person after that film and I’ve felt this way ever since.”

She has not yet announced about her upcoming projects.