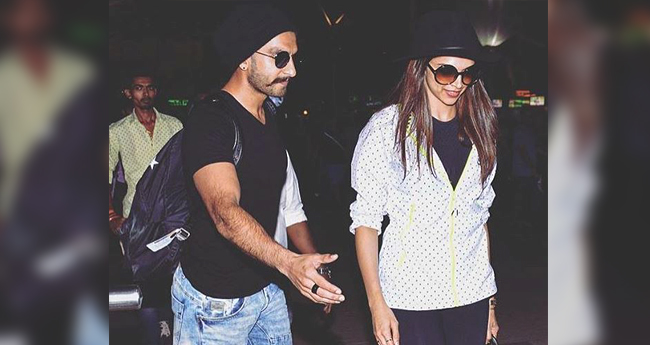 The Hindi film industry witnessed a fairytale wedding of gorgeous Anushka Sharma with cricket sensation Virat Kohli in the 2017’s end in the beautiful surroundings of Tuscany, Italy.

The two superstars kept their wedding a secret affair attended by near and dears. The world came to know about this big news just on the wedding day when their marriage pictures turned viral all over the social media.

They won "Couple of the year" at Femina Beauty Awards🎉💕

At this time, after Anushka Sharma and Virat Kohli’s nuptials, the hum is that one most popular Bollywood couple (read alleged) Deepika Padukone and Ranveer Singh might prefer Italy to commemorate their big day.

According to reports, the buzz at the moment is that the dimpled beauty and multi-talented actor are getting hitched during November 2018 and the families of both the stars have already started the preparations.

They quoted an actor friend as saying that as the couple might have a destination wedding in Italy.

The report quoted an actor friend saying, “Ranveer and Deepika are getting married this November. The preparations have begun and they could in all probability have a destination wedding in Italy.”

In contrast, another source informed, “Deepika and Ranveer don’t want excessive media glare on their marriage. Earlier on, there was talk that the Switzerland government was keen to host their wedding. Ranveer is the brand ambassador for Swiss Tourism. So, a section of the media kept this theory alive. However, now we hear that the superstar couple wants an exotic location for their D-Day and this time around, the Italian government, too, has shown interest in their marriage.”

Where are all the #deepveer fans from👇👇

Deepu and Ranveer have been in a relationship for over 5 years. They share a great bond but they have never confessed this openly.

Now, it is no hush-hush that Virushka tied the nuptial knot in the wineries of Italy on December 11, 2017.

Will Deepu and Veer prefer the same way? Wait till November for the big news.