Deepika And Ranveer Are Likely To Make Their Wedding Announcement Soon 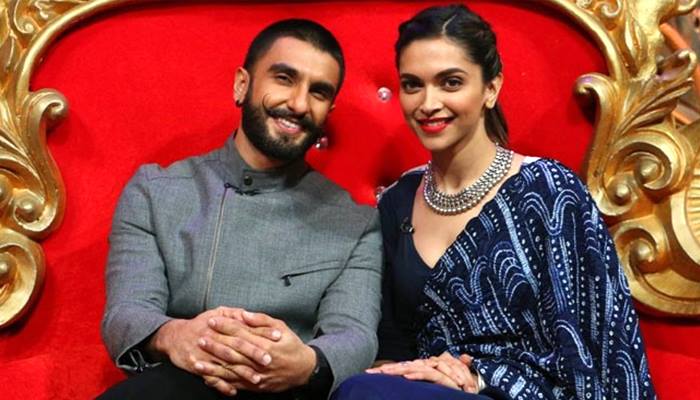 Ranveer Singh and Deepika Padukone’s wedding has become a major topic of discussion for quite some time now. The couple is reportedly all set to tie the knot in November this year at Lake Como, Italy. The wedding preparations are in full swing in both the families. However, lately, there were reports that the couple’s wedding has been pushed to next year.

some nice pictures from the summit, I am forever AMAZED AT HOW GREAT THEY ARE. Do you guys want to see the whole interview???

But now as per the recent reports, we hear that the couple after playing a lot of hide and seek with the media and the fans and staying mum about their big day has apparently decided to announce their wedding soon.

and they’re back from their vacation, hand in hand 😌 okay so the girl who filmed them in Disney World released a statement and she called Deepika and Ranveer fake and rude, and I’m horrified because why attack them when they’re just asking for time alone? Away from crazy fans. This girl needs to get her life together and figure out her priorities, because right now, it’s fame, and not decency.

Speculations are rife that the lovely Bajirao Mastani pair is all set to announce their wedding on an auspicious day of Navratri. The nine-day festival of Goddess Amba will kick-start from 10th October and RS and DP will make the big announcement on 17th October.

If the reports are true then we are definitely excited.

Entertainer of the Year, Male and Female! Here are the winners at the Hello Hall of Fame Awards 2018. YEAH YEAH, those rings on Deepika are normal jewelry, but are they a hint?😏

During his recent media interaction, addressing his wedding rumors, Ranveer said, “When? Where? You are reading it every day in the newspapers. My sherwani’s colour, the wedding itinerary, what the guests are going to give as gifts, everything is apparently decided. So you know all about it. Our very enthusiastic media friends are not holding back. It’s all out there but when there is something, you’ll be the first to know.”

A quote from a slightly old but legendary Ranveer interview: "I hope to do more films with Deepika, I feel like our chemistry has a lot that is unexplored onscreen, we need to do more films, I hope people cast us together again and again, because I genuinely believe you're only as good as your co-actor."

When Deepika was asked if ever there was any November wedding which, now has been pushed to early 2019, then the Om Shanti Om actress replied, “There have been many November weddings. By the way, we have as per the media, been married several times (sic).”

OH MY GOD. I AM SHAKING. HIS BEARD IS SO HOT. THEY ARE HOLDING HANDS. PADMAAVAT SCREENING WAS A SUCCESS FOR MANY REASONS 🎉🎉🥂

To this, Ranveer further added, “What all has not happened in our lives. We have been engaged multiple times, and this has been written about with such details that I find it very fascinating. Such creative writing that someone can write a script.”