DeepVeer Having Their ‘We’ Time At An Undisclosed Destination; Actress Shares Another Clueless Pic 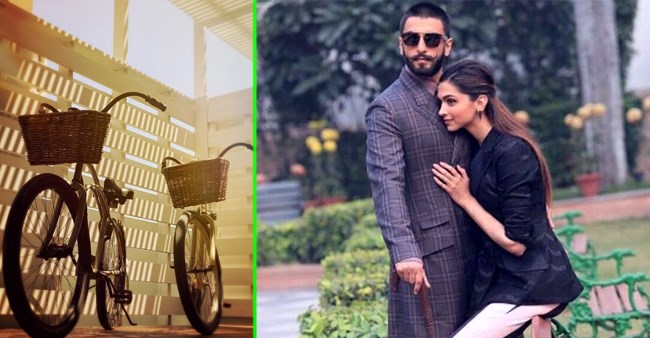 Bollywood stars and real-life pair Ranveer Singh and Deepika Padukone are very much busy these days.

The cute hubby and wifey had spent their first wedding anniversary at Tirupathi and Golden Temple. After that, both of them worked hard promoting their upcoming movies.

Deepika Padukone was very much busy as she was promoting and giving interviews for Chhapaak. In the meantime, Ranveer Singh is all set for the poster launch of his upcoming movie 83. The poster was launched in Chennai and the whole team was present for the same.

With a lot of things happening in their life, Deepika and Ranveer have now decided to have some personal time and decided to fly off to an undisclosed vacation destination, which left everyone confused.

And to make things more confusing, Deepika’s social media posts made it more difficult to identify the vacation destination. Deepika Padukone had first shared their passports, which gave an indication that both of them are going for a romantic vacation. The picture of the passports was followed by some clueless and mysterious pictures.

Deepika Padukone later uploaded two pairs of flip flops at the beach and then shared pictures of two umbrellas that looked to be placed on a plank.

Deepu has again posted a mysterious picture from their vacation, which once again left the fans confused.

In the picture, we can see two bicycles, which was captioned as, “two’s company…#his&hers #vacation”. It seems that the couple might have gone for a bicycle ride after a beach walk with umbrellas.

Meanwhile, on the work front, Deepika Padukone had recently announced her upcoming movie, The Intern that also stars Rishi Kapoor. Deepika Padukone will also be playing a major role in Ranveer’s ’83, which is a sports drama based on the life of the legendary cricketer Kapil Dev. At the same time, Ranveer Singh has movies such as has Takht and Jayeshbhai Jordaar.