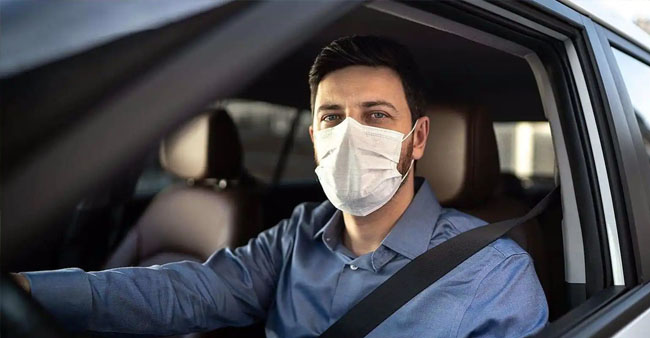 On Wednesday morning, the Delhi High Court in a big development announced that wearing a mask is compulsory even if a person is driving a private vehicle alone. The High Court said that the mask acts as a ‘suraksha kavach’ (shield) which would prevent the spread of the ongoing infection.

The Delhi High Court’s rule comes out after the sudden surge in positive cases in the country. The second wave has officially hit India and many people are facing the havoc of the same. Many cities are going back into lockdown mode to curb the spread of infection while other places with relatively low cases are asking people to strictly follow the health safety rules issued by the government.

Justice Pratibha M Singh who issued the rule of making wearing masks mandatory didn’t interfere with the Delhi Government’s decision to impose a fine for not wearing masks while driving a private vehicle. She also dismissed the pleas challenging the same.

Delhi High Court rules mask mandatory even if a person is driving alone. It states that a mask acts as a 'suraksha kavach' which would prevent the spread of COVID19. pic.twitter.com/litzyIQ4iN

The Delhi High Court has refuted all four petitions challenging the imposition of fines on people who are not wearing masks while they are alone in their private car. The court added that even if the car is occupied by just one person, it’s a public space.

Apart from this, the Delhi High court also announced a night curfew till April 30, 2021. It is to keep in check the spread of the infection. The positive cases have been on an upswing in Delhi and 17 infected people passed away due to the severity of the infection.

Speaking of the night curfew in the nation’s capital, it has been imposed from 10 PM to 5 AM till April 30. On Tuesday, Delhi recorded the highest number of positive cases this year.

The curfew measures are put into place for the public’s safety and they have also been urged to follow all the guidelines which include maintaining social distance and washing hands with soap and water on a regular basis.