Designer Satya Paul passes away due to stroke in Coimbatore, son Puneet confirms the news 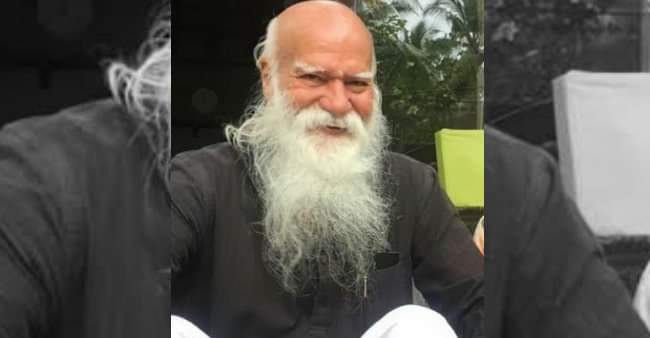 Famous designer and founder of eponymous fashion clothing brand, Satya Paul passed away in Coimbatore on January 6. He was admitted to hospital after he suffered stroke in December. His son Puneet Nanda revealed that he was recently moved to his home, Isha yoga center, as he wanted to stay at his home in his last time and to fly away with peace.

Puneet Nanda informed that his father suffered a stroke on December 2. He was admitted to hospital where he started recovering. But maybe it was his instinct that he knew he is not going to be alright again and is at his last stage. That’s why, he wished to get all the things removed from which he was getting monitored in hospital. He wished to fly freely and without being disturbed with any kind of hospital stuff.

#SatyaPaul, a shining example of what it means to live with immeasurable passion and unrelenting involvement. The distinct vision you brought to the Indian #fashion industry is a beautiful tribute to this. A privilege to have had you amongst us. Condolences & Blessings. -Sg pic.twitter.com/DNMZ0DXvOf

Puneet shared that after monitoring his father’s condition, doctors informed him to take him back to his home. Talking about his father, Puneet shared that apart from being a famous fashion designer, his father has been steadfastly a seeker. It started when he listened to the famous philosopher J. Krishnamurti. He also followed Osho and was so inspired by him. After Osho, in 2007, he came in contact with Sadguru. He was so amazed and satisfied with yoga that he decided to move to Isha yoga centre in 2015.

India's iconic fashion designer #SatyaPaul's demise shall leave a void in Indian Fashion Industry. It's an end to an era. Condolences.🙏 pic.twitter.com/CccN6ryxQo

Satya Paul’s nephew and famous designer Divyam Mehta also shared this sad news from his social media account. He wrote an emotional note about his maternal uncle. He revealed that it was his uncle who supported him in his decision of taking fashion designing as a career. According to Divyam, his uncle didn’t want him to follow his path and wanted him to do something big and different.