Digvijaya Singh dragged away from the Bengaluru cops, wanted to meet rebel MLAs 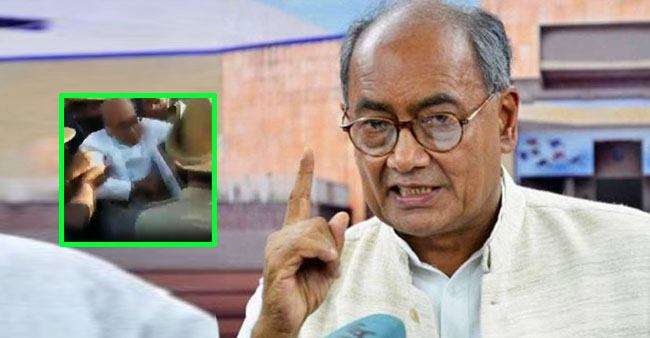 Congress leader Digvijaya Singh has been taken into custody by the police after he sat in a fight outside a Bengaluru hotel where the rebel MLAs of Madhya Pradesh are staying. He was stopped by the Bengaluru cops there. The Congress leaders were headed towards the Ramada Hotel in north Bengaluru where the 22 dissident MLAs are remaining. 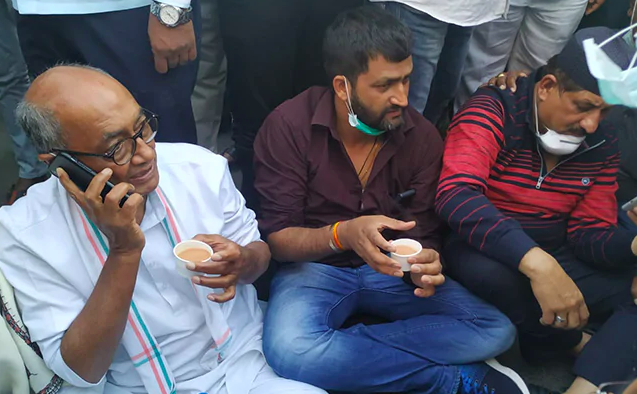 22 MLAs have given their resignations after Scindia left Congress party and it has drastically affected Kamal Nath’s government in Madhya Pradesh.

After this incident, he spoke to media and told that he has personally had words with five MLAs recently over some medium and got information that all are being held captive and they don’t have their phones with them. That was the main reason behind visiting them. 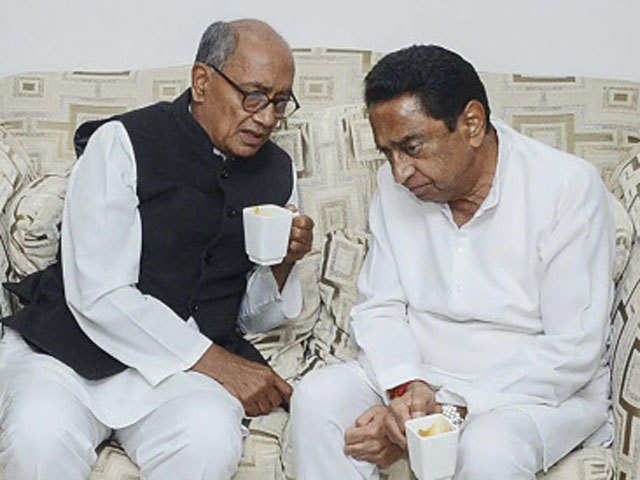 On Tuesday, Congress also appealed to the Supreme Court for the release of all the MLAs that are staying in Bangalore. On the other hand, BJP has also knocked the Supreme Court’s doors demanding floor test of Madhya Pradesh’s CM Kamal Nath. Digvijaya Singh has also raised questions over the floor test.