Ekta Kapoor Surprises Bro Tusshar On His Birthday By Sharing An Unseen Video, Pens ‘To Know U Is To Love U’ 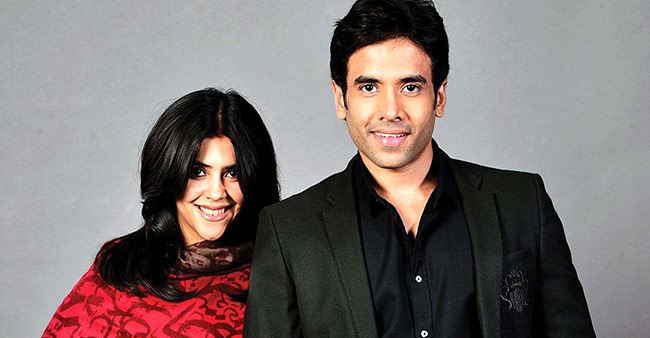 Bollywood actor Tusshar Kapoor is enjoying his birthday today. The ‘Mujhse Shaadi Karoge’ star is known for his comedy skills in many films like Golmaal. The dad of a cute son has now turned producer as well. His recent production includes Akshay Kumar’s flick Laxmmi.

Coming back to the actor’s special day, his loving and renowned sister Ekta has wished his doting brother in the most adorable manner. Yes, the ace film and TV producer has shared an adorable unseen video recording of her brother with her cutie pie Ravie Kapoor.

Pouring her love on her sweet bro, Ekta Kapoor gave a beautiful caption to her delightful post. Her caption can be read as, “To know u is to love u! Happie bday @tusshark89 ! I love u tush may u get all u want in life!!”

Tusshar Kapoor had disclosed that he was making plans to enjoy the day with his cute family and will rejoice his birth anniversary over the weekend. “It is going to be a very unusual birthday because most of my friends are either in Delhi or Singapore or London. And the friends that are here, I’m meeting them tomorrow, not on my birthday, but on the day after my birthday. Therefore today, I will spend the day with my family,” Tusshar Kapoor told media people during an interview.

The actor had also decided to enjoy some time with his lovely son Laksshya Kapoor in the play zone. The actor stated that he has decided to take his son to a play area that is newly opened. So for the first time, after a big gap of eight months, he is taking his kiddo to a play area and it’s completely sanitized.