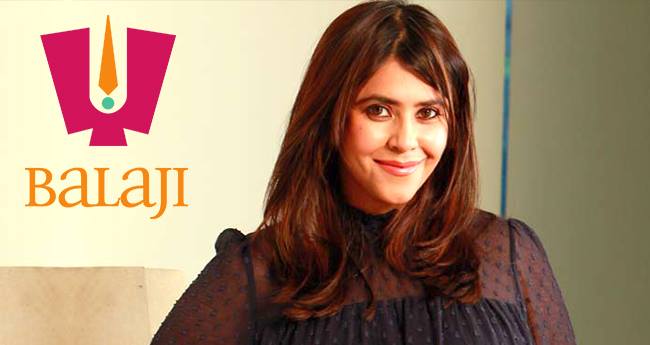 ‘Ekta Kapoor’ the name itself is enough for people to recognize this leading lady of Television and Film industry in India. Unlike other star kids who opt for acting, the daughter of Jeetendra and Shobha Kapoor decided to make her career as a director and producer under her father’s guidance.

Talking about her personal life Ekta Kapoor (43) has completed her schooling from Bombay Scottish School, Mahim and had attended the Mithibai College. Belonging to a renowned B-town family she is the sister of actor Tusshar Kapoor.

Ekta is currently the Joint Managing Director & Creative Director of her Bombay Stock Exchange-listed ‘Balaji Telefilms’. Few people know that she started her career at the age of 17. Her first ad film with Kailash Surendranath was unsuccessful. She started her own production house ‘Balaji Telefilms’ with the support of her father in the year 1994. This name was used as Jeetendra has great love and respect for ‘Tirupati Balaji Temple’.

Initially, her six telefilms and 3 film ventures were drastic failures but she got mainstream recognition in 1995 from ‘Hum Paanch’. She is a famous female entrepreneur and her company is having 3 subsidiaries “Balaji Motion Pictures, ALT Entertainment & BOLT Media Limited.”

Ekta Kapoor is the Queen of daily soaps in India. She has produced around 100 TV serials including Kyunki Saas Bhi Kabhi Bahu Thi, Kahaani Ghar Ghar Kii, Jodha Akbar, Ye Hai Mohabbatein, Naagin, and Chandrakanta. In the year 2001 Balaji Telefilms made its debut in the Indian film industry with movie “KyoKii..Main Jhuth Nahin Bolta”. Around 35 films have been made under this banner till date, among which ‘Veere Di Wedding’ is their recent release.

Ekta’s company also faced a major downfall in the year 2008 due to its long-running daily soaps. But Ekta found new ways of coming out of this crisis by opting different strategies. She launched ‘ALT Entertainment’ and ‘BOLT media ltd.’ the two major subsidiaries of her company in 2010 and 2012 respectively. She also came with a joint venture “INDUS BALAJI FUND” which focuses on investment. Talking about her achievements Ekta has bagged many awards and is among the “50 most powerful women in Asia”.