Asin Thottumkal, who was last seen in ‘All is Well’ with Ajay Devgn and Abhishek Bachchan, yesterday took to Instagram to share a photo of her 3-year-old daughter’s Kathak dance practise session.

‘Weekend Kathak Practice 3yr old’, wrote the actress in the caption of her Insta story. Arin looks adorable in the picture, wearing in a yellow kurta, as she diligently practised her dancing moves. 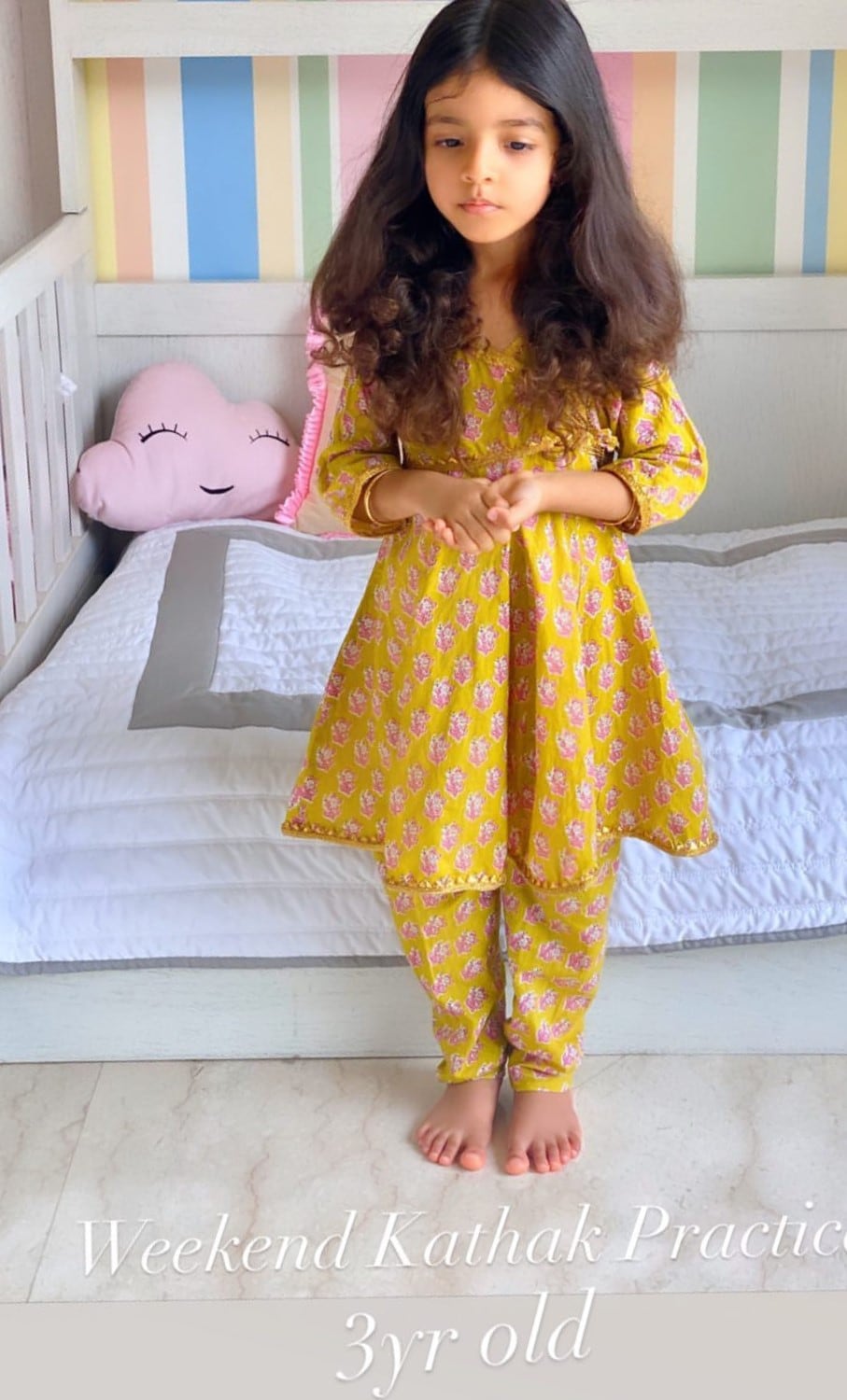 Arin turned three years old on October 30th of last year, and her mother posted enchanting photos of her daughter beside the birthday cake. The ‘Ghajini’ actress also disclosed the name of her newborn girl, Arin Rayn, and wrote a little note explaining the meaning of the name. Her daughter’s full name is a combination of Rahul and Asin’s first names. The couple chose this name for their daughter because it is gender neutral, secular, and devoid of religion, caste, and patriarchy.

Check out the erstwhile actress’s post on her daughter’s birthday:

In 2016, Asin married Micromax co-founder Rahul Sharma, putting an end to her acting career. On January 19, 2016, they married in Christian and Hindu rituals. She rose to prominence in Bollywood after starring in the film Ghajini alongside Amir Khan. Following that, she appeared in big movies such as Ready, Housefull 2 and Khiladi 786.