Fans suggest this Australian name for Virat and Anushka’s baby, here’s the reason 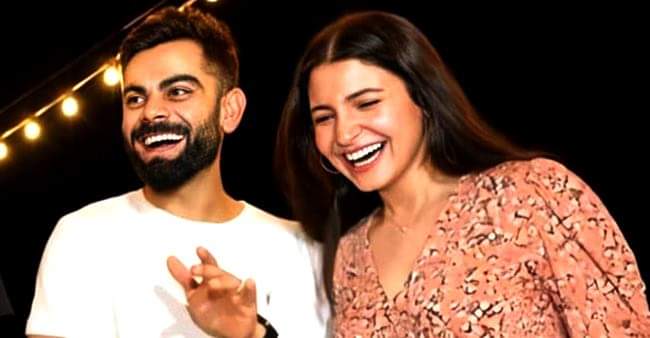 Virat Kohli and Anushka Sharma became proud parents of a baby girl on Monday afternoon. Virat himself broke the news by a social media post where he informed about Anushka and baby’s well being. As soon as the news came out, fans and friends congratulated the couple for the new addition in their family. Fans are so excited and overwhelmed by the news that they even started suggesting names for the baby girl.

According to the sources, Virat and Anushka’s daughter will be named by Baba Anant Maharaj as the couple always seeks guidance from him. Meanwhile, their fans suggested so many names for their new born baby. One fan suggested their celebrity name, “Virushka”. While many fans suggested names like Anuvira, Anvita, Anuvi by joining their names.

Recently, Indian cricket team gave their incredible performance against Australia in their own land in Sydney. In order to cherish and honour their performance, many fans suggested to name their daughter as “Sydney”. According to the reports, the couple is going to derive their baby’s name from their own names. They are thinking about the name “Anvi”. But still there is no confirmation of name from the couple while their fans are eagerly waiting for it.

Apart from their fans, so many celebrities like Priyanka Chopra, Madhuri Dixit, Shikhar Dhawan and Sachin Tendulkar sent their warm wishes and congratulated the couple. This news is trending on the social media platforms and everyone is overjoyed and curious to know more about the baby girl.

Meanwhile, Virat Kohli in his social media post requested everyone to not interrupt  their privacy at this time. He even sent a letter to media persons to let them enjoy their time alone as they need some privacy and also want to keep their baby away from media and limelight. Virat Kohli also thanked everyone for their love, wishes and prayers.