Few Films that Earned Whopping Collections Yet Getting Adverse Reviews 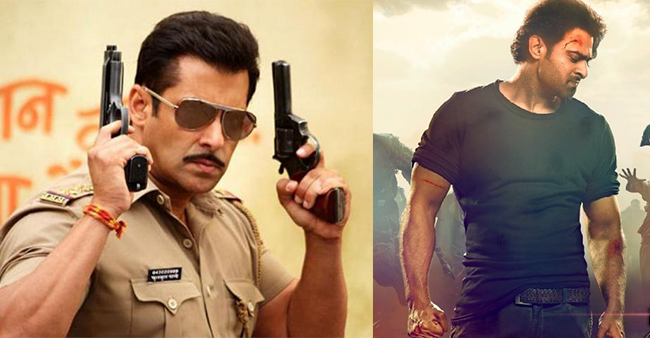 One can surely witness plenty of reviews across different websites soon after the release of new films in theatres. In the current era, people have been watching films in theatres only after reading the reviews and checking the rating given for the films. Some of the critics’ reviews show massive impact on the collections of films. Almost all the people consider the review and ratings given by the critics to any film. Their ratings will travel as fast as the speed of light.

But, there are few films that don’t get affected through the critic reviews. This thing happens if there are strong cast and crew in the film. The same thing happened with the film Saaho. This film features the most influential and popular actor Prabhas. Despite gaining fewer ratings and adverse reviews, it hadn’t shown any sort of impact on the box office collections. In this post, we have compiled a list of such films that gained massive collections irrespective of the reviews. Take a look!

This film features the popular actor Shahid Kapoor and beautiful actress Kiara Advani. As a remake of Telugu film Arjun Reddy, this film gained massive collections. After the release, it received negative reviews from the critics. However, it collected Rs. 278.24 Crores at box office.

It is another film that earned Rs. 227.13 Crore at the box office regardless of the critic reviews. This romantic action comedy flick features Shah Rukh Khan and Deepika Padukone in lead roles. It is one of the highest grosser of all time.

The Prabhas-starrer has gained whopping collections in just a span of a week across the world. It has earned a total of Rs. 116.09 Crore across different theatres only in Hindi version.

Salman Khan-starrer received adverse reviews from the critics. Compared to the first series of Dabangg, the second series got thumbs down. However, the great fans of Salman Khan directed this film towards success and the film earned Rs. 155 Crore.

This film features Tiger Shroff and Disha Patani in lead roles. The film has received very bad reviews from critics all over the nation. There is a weak plot in this film. However, the film managed to earn Rs. 164.38 Crore.