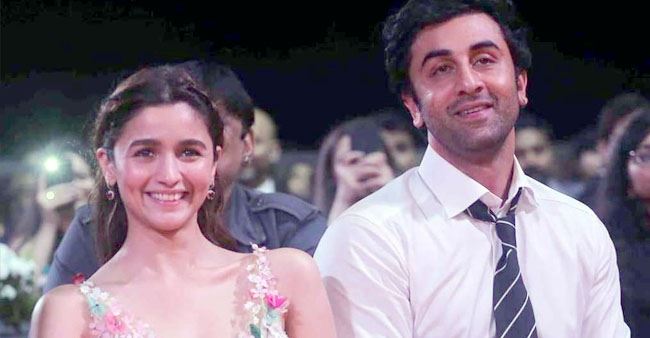 One must be living under a rock if they haven’t heard of the fairytale-like romance between Alia Bhatt and Ranbir Kapoor. The lovebirds have been together for a couple of years now, and are allegedly willing to take the next step in their relationship. Apart from going on vacations together with their families, the couple is also with each other during challenging times.

Actors Ranbir and Alia kept their relationship away from the public eye until recently. Now, they don’t shy away from PDA and are painting the town red with their love.

It will be interesting to know that Ranbir and Alia know each other since they were teenagers. Of course, their filmy background does play a part in it but it wasn’t always fireworks between them.

In an old interview, the Saawariya actor opened up about his ladylove for the first time. The actor revealed that he first met Alia when she was 12 years old. He went on to add that they were technically co-stars and even did a photo session together for a film titled Balika Vadhu.

Ranbir also mentioned that ace filmmaker Sanjay Leela Bhansali was directing the same. On the sets, Alia was supposed to put her head on the actor’s shoulder. However, she wasn’t willing to do so.

The Raazi actress confessed that it was the maximum contact she has had with a boy at that age, thus she was feeling shy. It was then that Mr. Bhansali thought that 12-year-old Alia was flirting with Ranbir.

Now years have passed and all the Ranbir-Alia fans are happy to see them together.

On the work front, Alia Bhatt and Ranbir Kapoor are going to share the screen space for the first time in Ayan Mukerji directed Brahmastra.

Published by siddhi ajgoankar on 24 Feb 2021